Remember back in the day when life was boring? When you couldn’t choose anything in the world to watch whenever you wanted or download a new app every day of the week? Back when we had to make our own fun? Amazingly enough, I kind of miss those days. I love technology as much as the next mom, but I’m also realizing our kids are missing out on some of the simple things we used to do to have fun, like playing card games. We’ve learned a few new cards games recently and my kids love them! So today I’m going to teach you how to play one of our favorites: California Speed. 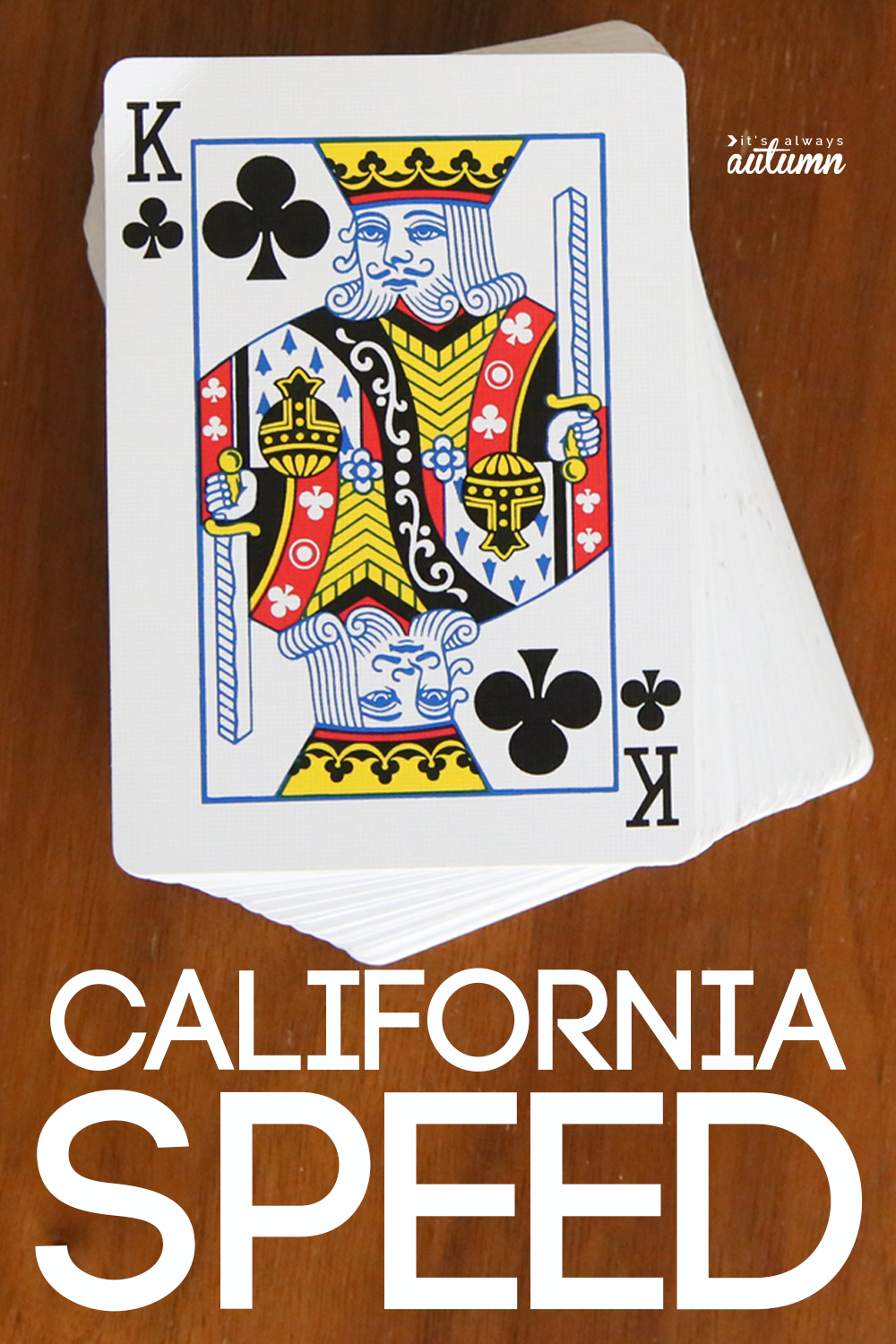 The rules are very simple and the game goes fast, and it’s so much fun! You need one deck of cards and it’s a two player game. If you have more people than that, you can set up a couple of pairs playing at once, or rotate people in and out as needed (since each game only takes a few minutes). 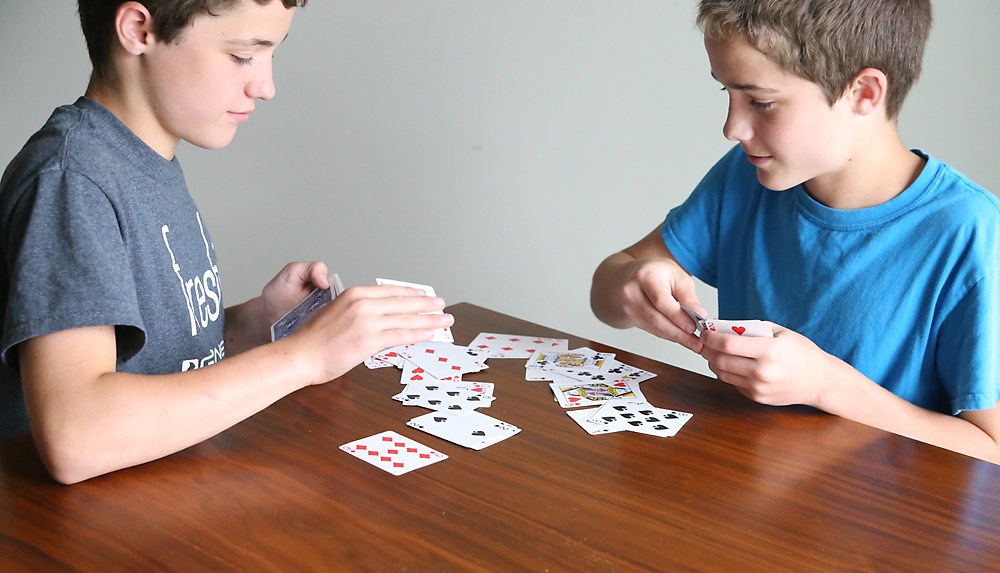 I’ll go through the rules right here. Since it’s sometimes hard to read rules and make sense of how the game goes, I’ve also made another video which walks you through an entire game (see below). Between the rules and the video, you should be ready to start playing in about 10 minutes!

How to play California Speed:

Shuffle a deck of cards. Deal all the cards out between two players, so each player ends up with half the deck. The object of the game is to get rid of all your cards. Whoever does so first wins the game.

To begin, each player lays out four cards, face up, in front of themselves. Look at all eight cards to see if there are any matches (two fours, two Queens, etc. – color and suit don’t matter). If you can see cards that match, immediately cover each of them with a card from your hand. Now that there are new cards down, continue to look for new matches, and continue to cover any cards that match with new cards from your hand. You should be maintaining 8 piles as you play.

Both players are trying to cover matches at the same time; whoever is faster will be able to play more cards. When all 8 piles are topped with cards that DO NOT match each other, each player picks up the four piles directly in front of him or her and adds them to the bottom of the stack in their hand. Continue playing until one player’s cards are gone. 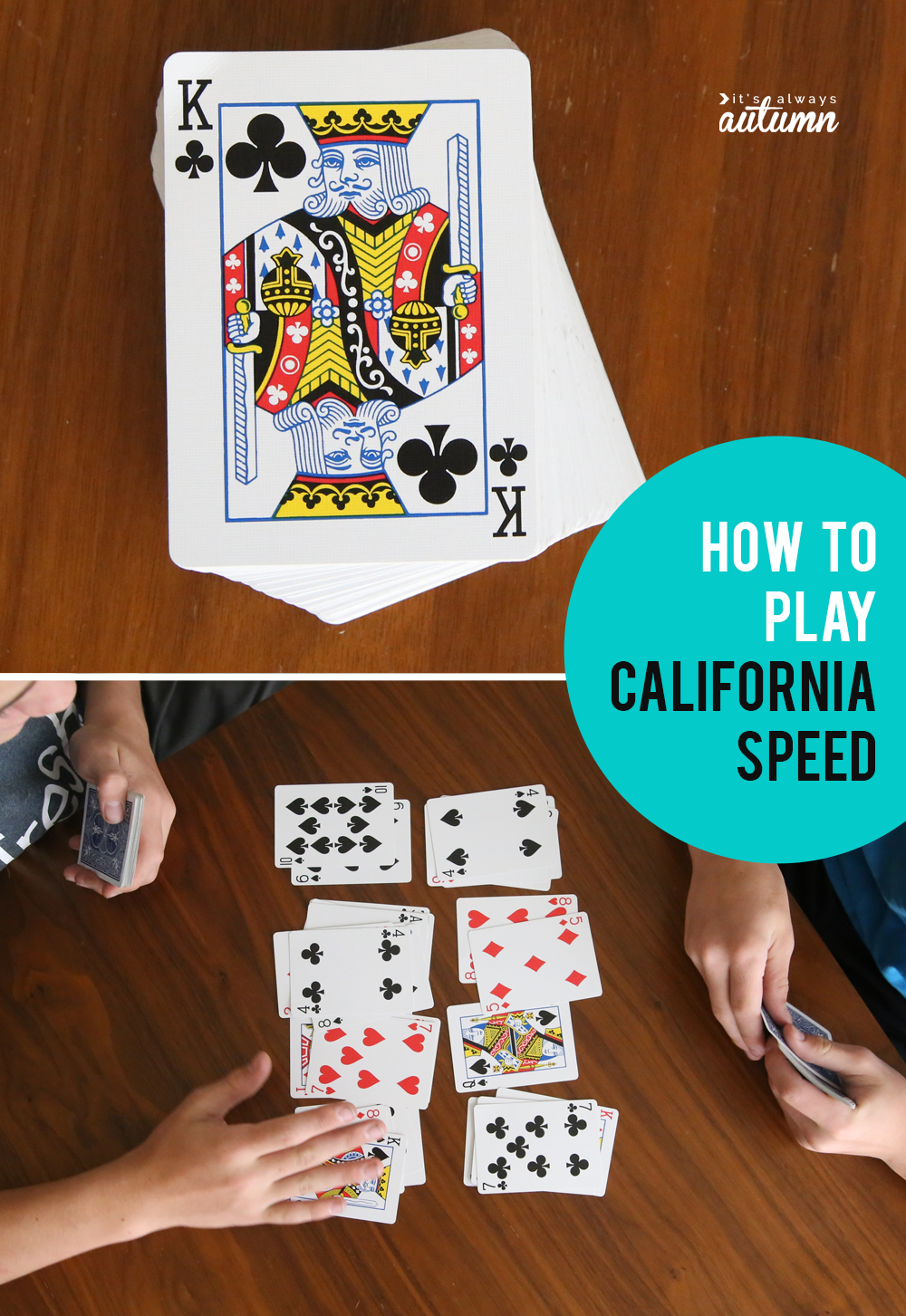 That’s it for the rules. And here’s the step by step video: