Now that the hustle and bustle of the holidays is over I might actually have some time to read! 2015 was a busy year for me and I know I missed a lot of good books, so I asked my good friend Amber (who happens to be a librarian) to share her top 10 books not to miss from 2015 with us. Thanks Amber, and happy reading everyone!

A lot of amazing books were published in 2015. The following list includes some from the bestseller lists, as well as other great books you may not have heard about. I hope this list will give you something new to add to your reading list! Note: click the titles or book covers to view these books on Amazon (affiliate).

The Bookseller by Cynthia Swanson 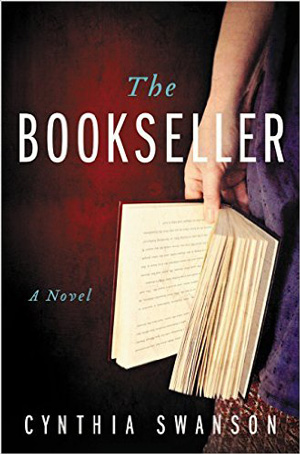 It is 1962 and Kitty is a single, independent woman who runs a bookstore with her best friend. She is very satisfied with her life even though she doesn’t see romance in her future. When she goes to bed one night she has an amazingly vivid dream where she is a happily married wife and mother. The dreams continue and are so realistic that she finds herself questioning whether this alternate life might actually be real.

Both Kitty’s “lives” are written with enough detail to keep me guessing as to what was reality and what was fantasy throughout the whole book. Additionally, it was interesting to see the comparison of the same person as a single woman and a housewife during the 1960s. Content Note – This book is mostly clean but there is one short scene of intimacy and a few instances of strong language. 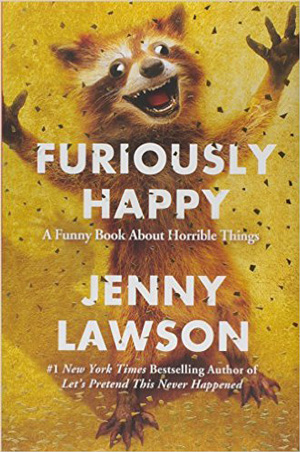 This book is crazy, a little random, and absolutely hilarious. I was laughing so hard at some parts that I couldn’t even read the words on the page. I think I actually snorted a couple times too. The author, Jenny Lawson, has suffered with mental illness her whole life. In this candid biography she explores what it means to really live life, not just survive it. She doesn’t try to hide the fact that she has severe depression and anxiety and by being so honest in her book she makes others realize that they are not alone in their struggles.

The thing I liked most about this book is that although it details many crazy experiences, the book also includes deeply profound passages about what it means to live with depression and all the very real, very scary thoughts that accompany it. As someone who has suffered from depression off and on over the years I recognized the truth in her words.  Content Note – The author does use A LOT of very strong language throughout the book.

A Desperate Fortune by Suzanna Kearsley 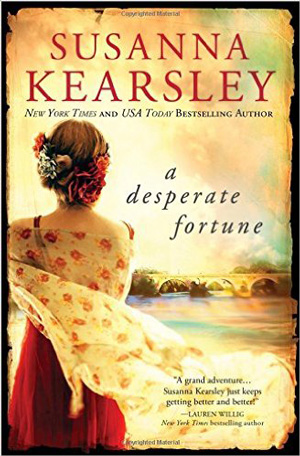 Sara Thomas doesn’t feel qualified to go to Paris to crack the cipher of a three hundred year old cryptic journal. She is a computer programmer with the ability to solve number games, cyphers and codes in part because of having Asperger’s. She is told that the journal should contain an account of the everyday life of Mary Dundus, a Jacobite exile, but when Sara breaks the cypher she discovers that Mary took part in an unexpected adventure.

Suzanna Kearsley is a master at writing novels with dual timelines. The past is brought to life through the journal entries and I enjoyed learning more about the Jacobite rebellion. I also liked the different perspective that a heroine with Asperger’s brought to the story. The plot isn’t as fast-paced as other novels in the genre, but the great characters and writing make it well worth reading. If you have not read a Suzanna Kearsley book yet, I highly recommend her as an author and suggest starting with The Rose Garden.

The Other Daughter by Lauren Willig 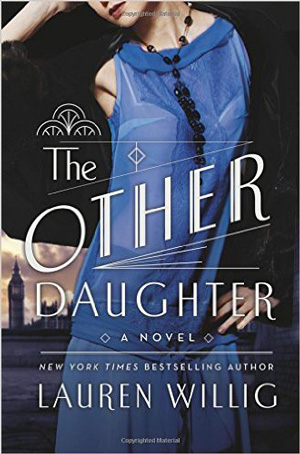 Rachel Woodley was raised by her very proper mother in a small English town. Her whole life she believed her father died while on a trip abroad to collect exotic flowers. When her mother unexpectedly dies, Rachel discovers that she may actually be the illegitimate daughter of an English Earl. With the world as she knows it in chaos and very angry about the deception, she decides to discover the truth by becoming part of the  1920’s London “party crowd”.

This novel was just plain fun. The characters are intriguing and I was curious to see if Rachel would get the revenge she desired. Lauren Willig is better known for her “Pink Carnation” series which can be a little steamy but this stand-alone historical novel could be considered a clean read by most.

The Lake House by Kate Morton 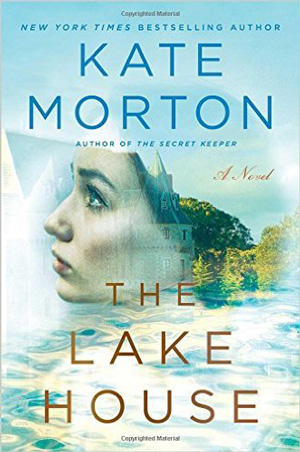 The Edavane family is shattered when their toddler son vanishes on the night of the annual midsummer’s eve party they hold at their estate. Seventy years later a young London detective stumbles on the abandoned house as she is on leave to sort out her own life problems and she can’t help but wonder what happened to make a family leave such a majestic home. She triggers a series of events that will lead to many shocking revelations for her and the Edavane family.

Kate Morton again weaves a story between generations that span from WWI to 2003. She expertly examines the anguish of a mother losing her child, through several different scenarios throughout the book. I really enjoyed this book and will be recommending it to others. Because of the jumping from past to present, it helped that I was actually reading the book (instead of listening to it) so that I could keep track of the dates and look back if I wanted to check when an event happened.

The Nightingale by Kristin Hannah 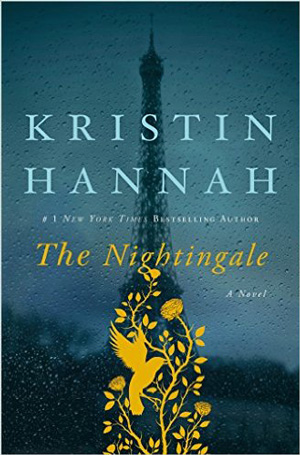 The Nightingale is a beautiful story of love and loss. Viann and Isabelle are sisters living in France. They love each other but have always struggled with their relationship. Viann lives with her young daughter and husband in the French countryside and enjoys a quiet life. Isabelle is the younger, more outspoken sister that has already been kicked out of several boarding schools. Their lives change drastically when WWII breaks out and Viann’s husband is sent off to war. Germany soon occupies France and each sister must decide what they are willing to risk to survive the occupation.

Kristin Hannah is an expert at examining relationships, especially those in families. The characters became so real to me that my heart broke over and over as they experienced each hardship. My heart also cheered at each victory, however small. I liked that there was closure at the end of the book that made it a very satisfying read. I listened to the audio version of this book and I loved the reader’s accent and her pronunciation of all the French names and cities. This is a book that I have thought about long after I finished. Content Note – There is some swearing, a rape and unsettling descriptions of concentration camp brutality.

Better Than Before by Gretchen Rubin (Nonfiction) 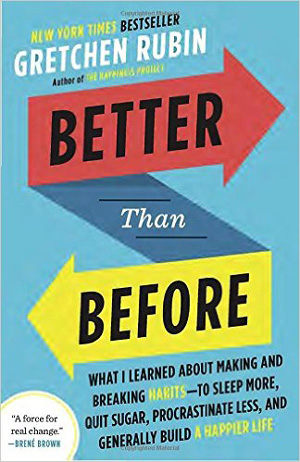 I very rarely finish nonfiction books because I usually get bored about half way through and go back to fiction, but that was absolutely not the case with this book. I found myself looking forward to listening to it and I wanted to share what I was learning with others. Gretchen Rubin, the author of The Happiness Project, examines the importance of habits and how they can help us create a happier life. She also explains that everyone has different personality types when it comes to habits and once we understand ourselves, we can better understand why we do or don’t do something.

This book came at the perfect time in my life when I was ready to make some changes. I found the author’s writing style to be very engaging. I enjoyed the examples she shared from her own life and the lives of her family, friends and readers. Her approach made sense and I have already implemented some of the strategies she suggests. I would highly recommend this book to anyone that is ready to make some positive changes in their life.

We Never Asked for Wings by Vanessa Diffenbaugh 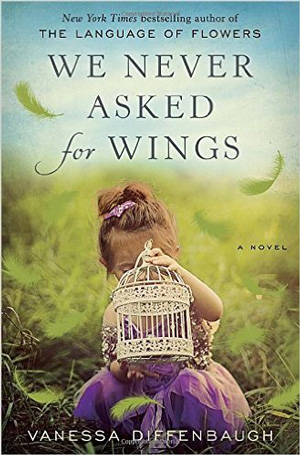 Sometimes we are put in situations that force us to stretch and grow and become more than we thought possible. This is the case for Letty Espinosa. She had a promising future but became a mother at a very young age and soon finds herself working multiple jobs to support her both her family here in California and extended family back in Mexico. Her efficient mother steps in and take care of the home and children, so Letty never has to really learn to be a mother or a homemaker. One day her parents decide to return to Mexico and leave her alone to learn how to care for her children. Her son Alex is 15 and in many ways is more responsible than his mother but he too is struggling with finding his way in the world and the limitations put on him by society.

This novel tackles a lot of tough topics like teenage pregnancy, poverty, immigration and the American Dream. This book gave me a glimpse into a way of life that many people struggle with here in America. It is amazingly difficult to get out of the vicious cycle of poverty, especially as immigrants, some documented and others not. I liked that this book made me stop and think about many of the advantages I take for granted on a daily basis. This would be a great book for a book club to read and discuss. 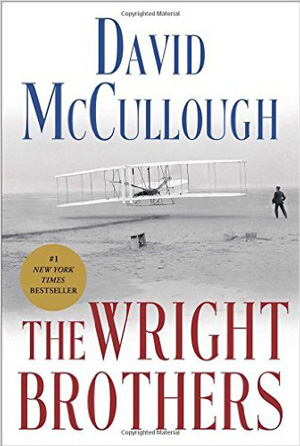 David McCullough is a masterful author that can bring any topic to life. He painstakingly researches his topics but then gives them heart by making the people of his books come to life. This book tells of the Wright brothers and their entire family. The odds were stacked against them as they worked to solve the problem of flight but they didn’t give up and eventually on December 17, 1903 they found success. This book is an amazing window into the story of two brothers who changed the world. 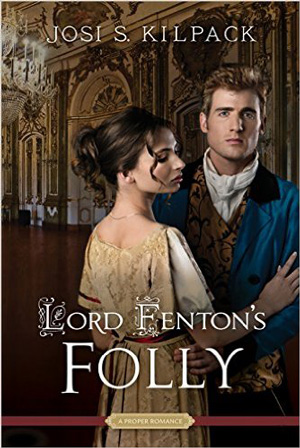 Sometimes you just want a book you can escape with, and this book is perfect for that. Lord Fenton is a gambler and a dandy who is forced into choosing a wife or else he may lose all that makes his lifestyle possible. He chooses Alice, whom he met when she was a young girl. Alice has harbored a crush on Lord Fenton for years and is hurt when she discovers the marriage proposal was made out of necessity. I liked Alice and how she didn’t back down from Lord Fenton.  The characters are very real and I enjoyed seeing them evolve over the course of the novel.

Josi Kilpack is best known for her contemporary culinary mysteries but she changes directions with this Regency romance. This novel is part of the Proper Romance line being published by Shadow Mountain, which means it is a clean romance that won’t make you blush.

Looking for more great reads? Check out these posts: 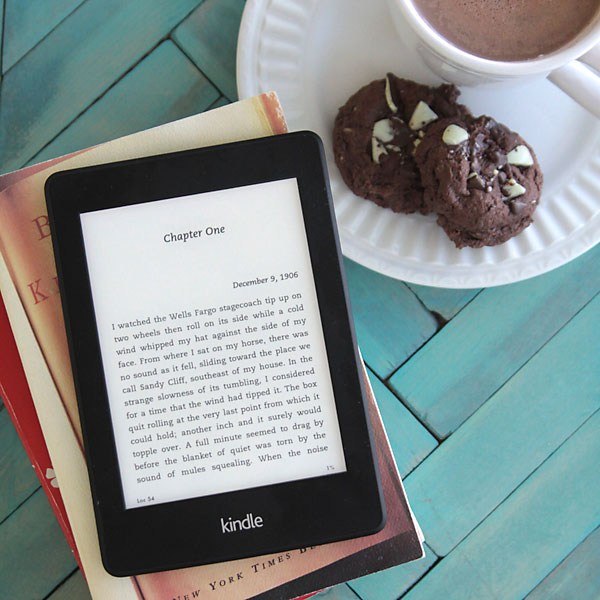 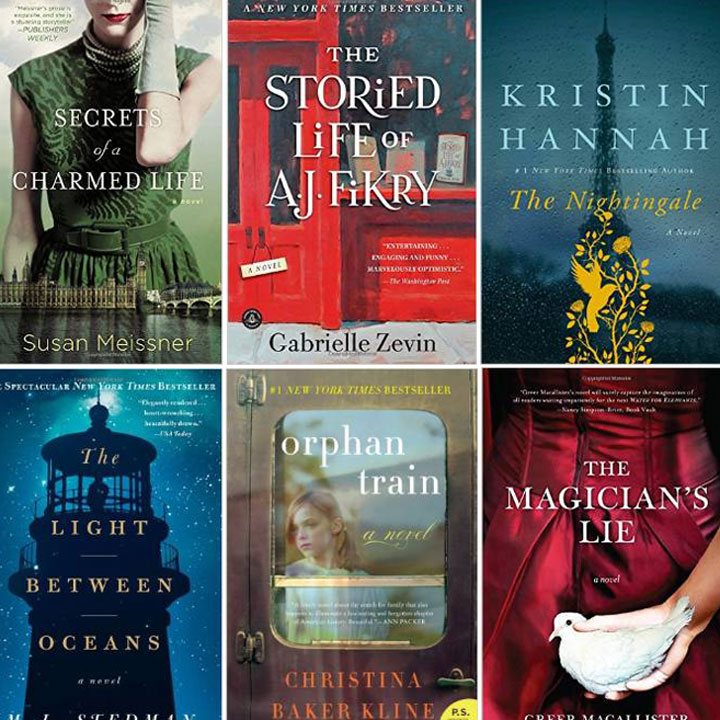 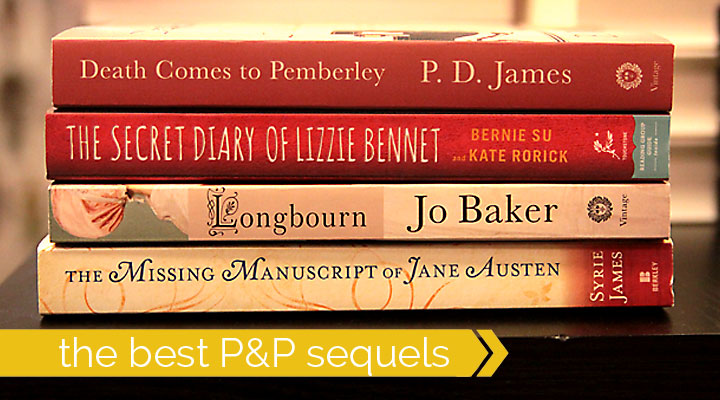