It’s time for another book post! I haven’t compiled a book recommendation post in quite a while, so I have a couple really fantastic reads I’ve been saving up to tell you about. These books are all compelling stories that kept me turning page after page all the way through. I hope you enjoy them!

You can find all my book list posts by clicking here.

Turtles All the Way Down by John Green 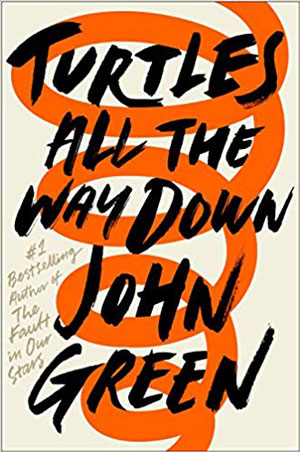 Aza is a 16 year old girl who loves her car (Harold) and her best friend Daisy. When the millionaire father of an old friend disappears, Daisy convinces Aza they should find him and claim the $100,000 reward. This book could feel like your standard young adult lit, except that Aza’s life is complicated by what she describes as the “ever tightening spiral of her thoughts”. The plot of this book is interesting, but it’s the honest and matter of fact description of what it feels like to live with OCD that makes this book amazing. Honestly it’s the most compelling description of mental illness I have ever read and I almost feel like it should be required reading. It’s both funny and heartbreaking and it will fill you with admiration for anyone you know who struggles with mental illness. Content note: this book has more profanity in it than books I normally recommend, but I found it worth it due to how illuminating the book is. 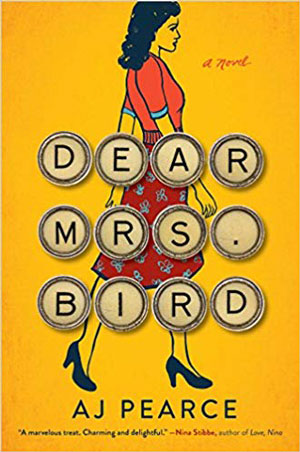 As the Germans drop bombs on London, Emmy dreams of becoming a Lady War Correspondent. When she sees an advertisement for a job at a newspaper she thinks it’s her chance. Instead Emmy ends up typing letters for Mrs. Bird, the advice columnist at Women’s Friend magazine. Mrs. Bird has very strict rules about what sort of letters she will answer. Queries about how to dress appropriately for a garden party or how to make a cake under the restrictions of wartime rationing are printed along with Mrs. Bird’s snappy answers, but letters about anything “Unpleasant” are relegated to a drawer, where they languish unanswered. Emmy starts to feel bad for the women who write about “unpleasant” things: women who desperately miss their children who’ve been evacuated, women who aren’t sure they’re still in love with their fiance who is fighting overseas, and women who may have made mistakes. Somehow Emmy moves from feeling bad for these women to writing them back, which has unexpected consequences. This book is a sweet, easy read about a plucky, likeable heroine, but it also has a surprising amount of depth as it deals with the day to day difficulties of living through the war.

Once Upon a River by Diane Setterfield 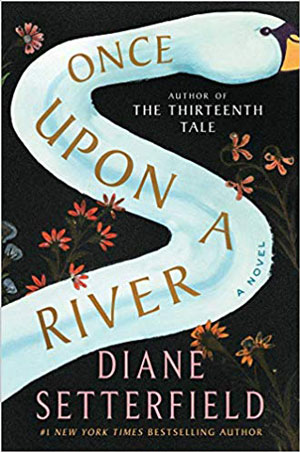 It’s Midwinter’s night at the Swan Inn on the banks of the river Thames, and the locals have gathered to tell stories as they drink their pints. The door bursts open and in falls a bruised and bloodied man carrying a small girl. When the local nurse is summoned she patches up the unconscious man and comfirms what the locals feared – that the girl is dead. Until a few hours later when, somehow, she’s alive once more. As the girl and the man both sleep, the story circulates among the nearby villages. By morning three different families have heard the tale and are sure they know who the girls is and who she belongs to. But which of them are right? This is a nice long, lyrical story that you can cozy up and get lost in. The writing is very well done and it’s full of observations about human nature that will stay with you long after you’ve read the last page. 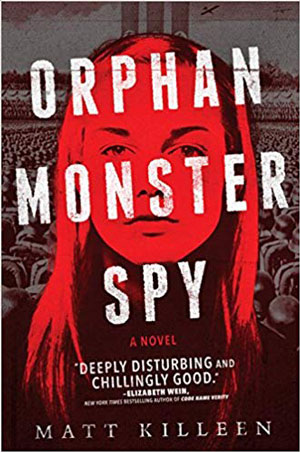 After her mother is killed at a checkpoint, 15 year old Sarah is desperate to make it across the river and out of Nazi Germany. She may have blond hair and blue eyes, but that won’t save her when the Nazis discover she’s a Jew. When her chance at escape evaporates she decides to do anything she can to get revenge for her mother’s death. She meets a mysterious stranger who makes her a dangerous offer: she can work to undermine the Nazis by going undercover in an elite German girl’s school. Her mission will be to discover the scientific secret that the father of one of the girls is working on. The book’s storyline is totally implausible and this book is firmly in the realm of YA fiction, but it’s also fairly interesting and quite readable. If nothing else, it’s probably different than what you’ve read before. Content note: child abuse is broadly hinted at although not detailed.

The Magic of Ordinary Days by Ann Howard Creel 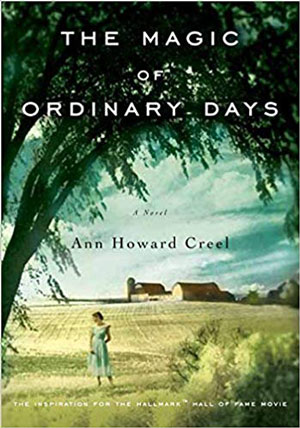 I enjoyed watching the Hallmark movie adaptation of this novel years ago, but I just read the book for the first time last month. Olivia is pregnant and unmarried in the early days of WWII, so her religious father arranges for her to marry a man she’s never met. Olivia moves to rural Colorado to join her new husband on his farm and attempt to establish a new life. The relationship that develops is hesitant, poignant, and eventually very sweet. This is a quiet book without a lot of action, but you get so drawn into the characters that you have to keep reading to see how it all turns out!

The Darkling Bride by Laura Andersen 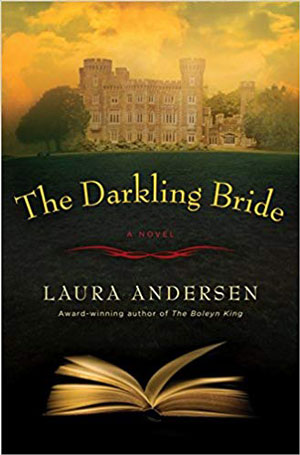 Ok, let’s start with what this novel is not. This novel is not life changing. It’s not the most lyrical prose you’ve ever read and it’s likely not going to stay with you for days after you finish reading it. So what is it? Well, it’s an engaging page turner set in a (probably) haunted castle in Ireland that’s full of secrets. Following the recent trend for novels of this type, the timeline jumps back and forth between modern day and a hundred years ago when a mysterious death occurred, although most of the story takes place in modern time. And yes, there is a fairly predictable romance and too many mentions of how handsome the leading man is, but did I mention it’s set in a castle? In Ireland? This book is clean, forgettable, and fun while it lasts. Great vacation read!

Beneath a Scarlet Sky by Mark Sullivan 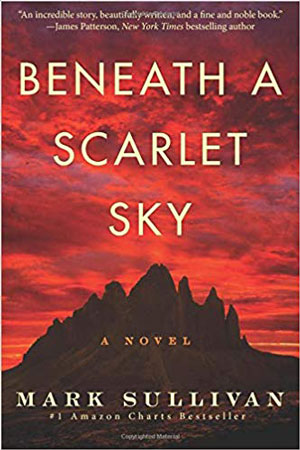 This novel tells the true story of Pino Lella, an Italian teenager at the the start of World War II. His parents send him to the mountains to keep him safe from the perils of war, but he soon finds himself guiding refugees over the treacherous passes and out of the Nazi’s hands. And that’s just the beginning of Pino’s adventures. His parents to continue to fear for his safety and force him to enlist in the German army, hoping it will keep him from being sent to the front lines. Pino hates the idea of helping the Germans, thinking he is betraying his country, but fate offers him a way to continue fighting. He ends up as the driver to General Hans Leyers, one of Hitler’s most trusted commanders in Italy, which makes Pino Lella one of the Allies’ most important spies. While the writing felt a little clunky to me in places, this true story is absolutely fascinating. 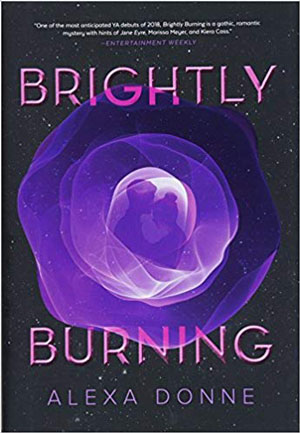 The classic novel Jane Eyre reimagined as science fiction? Sounds implausible, but this book actually does it really well! The “Jane” in this story is Stella – an engineer aboard the Stalwart, the fleet’s oldest and least equipped ship. Rumor has it the ship may even be decommissioned and all the inhabitants sent back to Earth, which is undergoing a hundred years long ice age. So Stella jumps at the chance to become a governess on The Rochester, a private ship chock full of luxuries Stella has never experienced (like no water rations!). I love good retellings of my favorite classic novels, and this one is pretty successful. There’s enough variation from the original plot to offer some surprises, and the story moved quickly enough to keep my attention.

The Language of Flowers by Vanessa Diffenbaugh 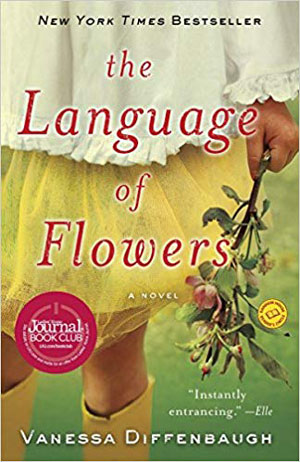 At age 18 Victoria Jones is aging out of the foster care system and soon finds herself jobless, homeless, and alone. A job at a florist shop offers her a new beginning, and it’s perfect for her because Victoria knows all about flowers, including what they mean. As Victoria builds bouquets that are perfect for the people buying them, we begin to hear the story of her early life in foster care, including the one foster parent who truly cared for her and taught her the language of flowers (Elizabeth). Why did Victoria leave Elizabeth’s home? Will a chance encounter with someone else from her childhood lead her back? The book does a great job showing the betrayal and heartache in Victoria’s past and the difficulty that past causes her as she tries to move ahead. Very interesting and well written.

The Island of Sea Women by Lisa See 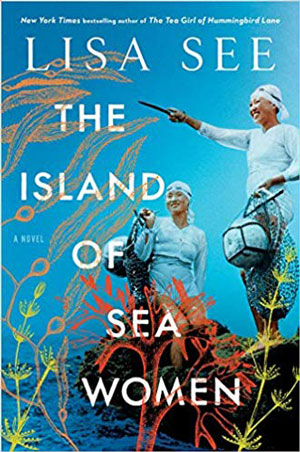 So this is a novel about friendship, but it’s also a novel about history. And loss. And resilience. It begins in the 1940’s, when friends Young-Sook and Mi-La are learning to be haenyeo divers on the Korean island of Jeju. Haenyeo were women who dive 30 meters down to the ocean floor without oxygen or other diving gear to harvest edible seas creatures as a way to support their families. They were strong and capable and considered the leaders of their community, and the first half of the book details the deep and abiding friendship the girls share as they become adults. But the years after WWII were not kind to the people of Jeju. The new government, which was backed by the United States, used incredibly cruel and barbaric tactics on the innocent people of the island in an attempt to quash rebellion – nearly three quarters of Jeju’s villages were burned to the ground. Tragedy, grief, and blame tear the two friends apart. We see the changes Young-Sook experiences as the decades pass as well as the consequences of her inability to forgive. This book is truly a window into another world, and as always with these sorts of books I am amazed at the resilience of those who experience such tragedy. Content note: About 60% through the book there are a few scenes of very disturbing violence. These scenes are based on meticulous historical research and are heartbreaking enough that I nearly gave up on the book there and then. I took a break and read the author’s note and realized that survivors of this violence were not able to speak about what happened for over 50 years due to threats of death. So while this book is, at it’s heart, about friendship, it is also a way to tell the world about the people who endured so much and had to be silent for so long. I finished the book, and I’ve been thinking about it ever since. 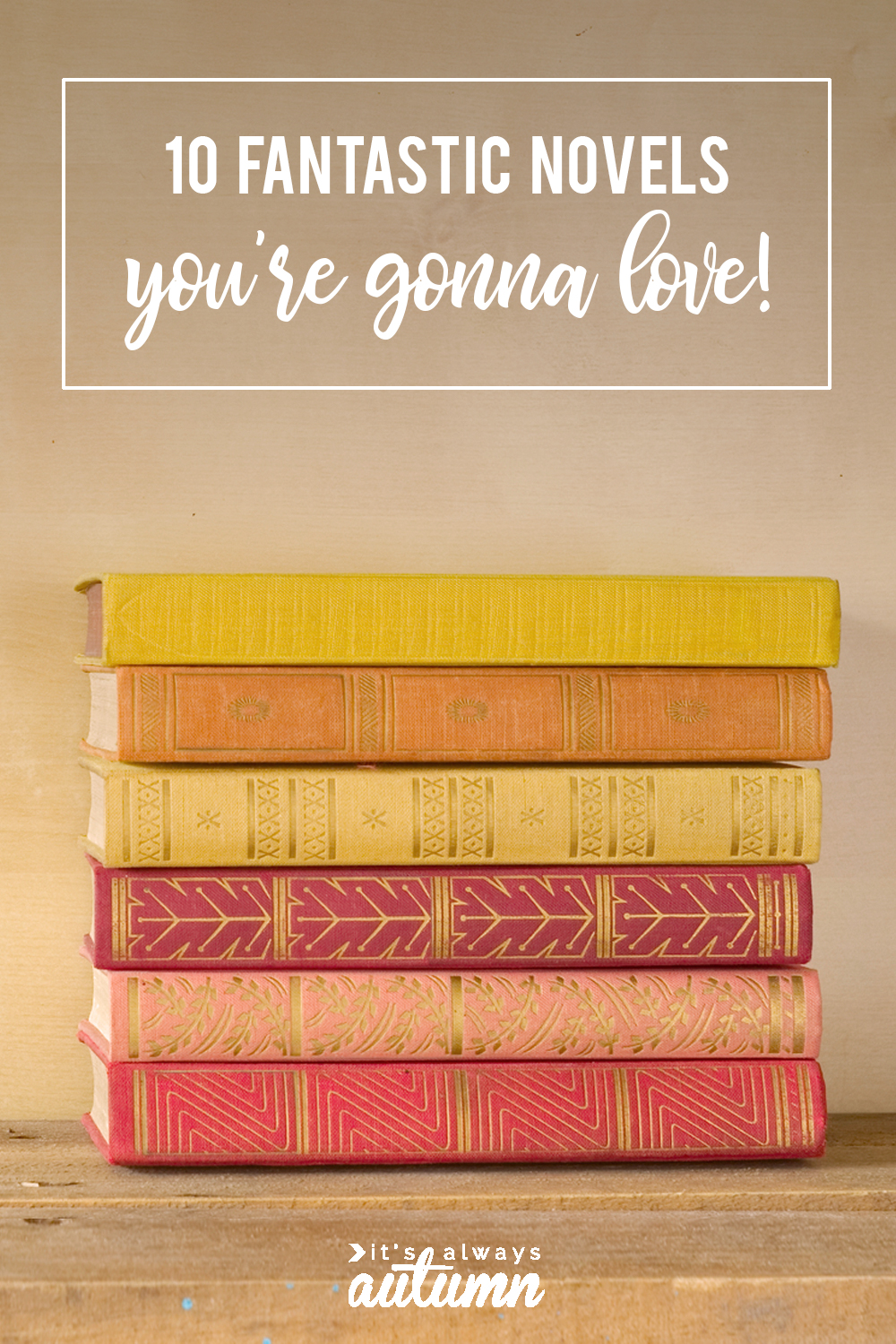 « Is Disney Maxpass worth the money? Everything you need to know
DIY book picture frame: easy photo craft idea »