I have entered a phase of life people have been warning me about for years: the time when my teenage boys will begin eating me out of house and home. Technically, I only have one teenager, but two more are turning 13 in a few months, and the volume of food we are going through is startling, to say the least (we’re talking a gallon of milk A DAY, people!). Since I know they’ll always be hungry, I like having some quick snack options on hand for them. Fruit, veggies, yogurt and cheese are always available, and lately I’ve been keeping the fixings for these easy pizza wafflewiches around, too.

Never heard of a wafflewich, you say? No worries, I hadn’t either until I made up the term last week. Basically, you put pizza fixings in between two slices of bread, stick the whole thing in a waffle maker, and two minutes later you have a warm, cheesy wafflewich. 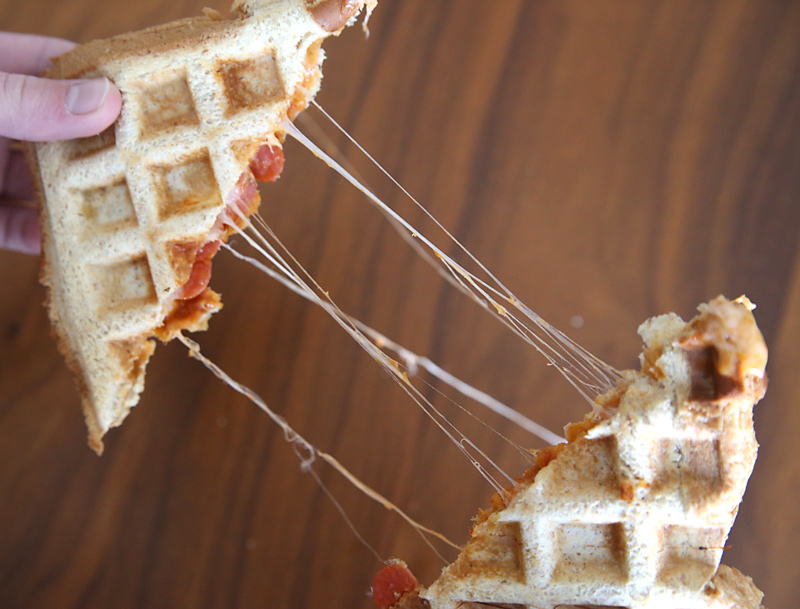 Sure, you could buy frozen pizza rolls instead, but this way’s cheaper and a healthier since you have more control over the ingredients, and can use 100% whole wheat bread, etc. And frankly, it’s just as easy as warming up pizza rolls! We get the pizza sauce that comes in a squeeze bottle, pregrated mozzarella, and mini pepperonis to make the wafflewiches super easy to put together. 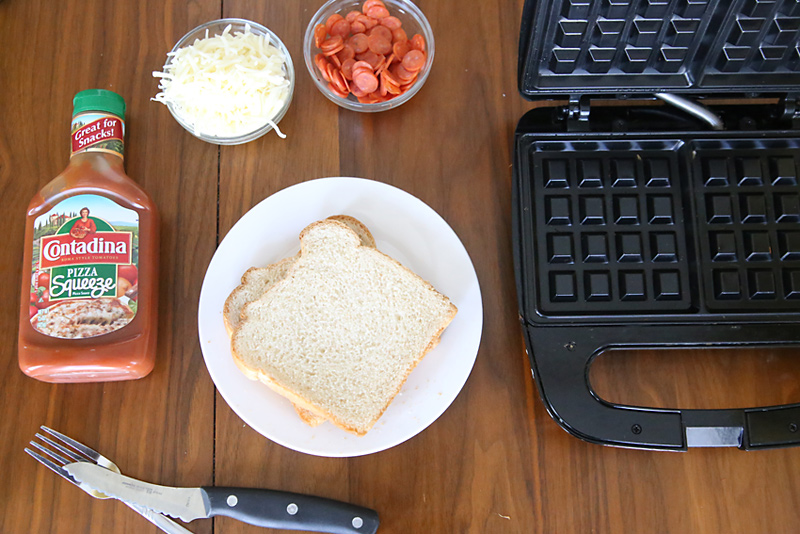 If your child can open and close a waffle maker without burning himself (or herself), he can make a pizza wafflewich all on his own! Here’s how:

The amounts don’t really matter so there’s no need to measure. Just don’t go crazy with the sauce and cheese or it will ooze out the sides, making cleanup a bit of a hassle. When you don’t use too much cheese and nothing oozes out, the waffle iron stays almost perfectly clean! 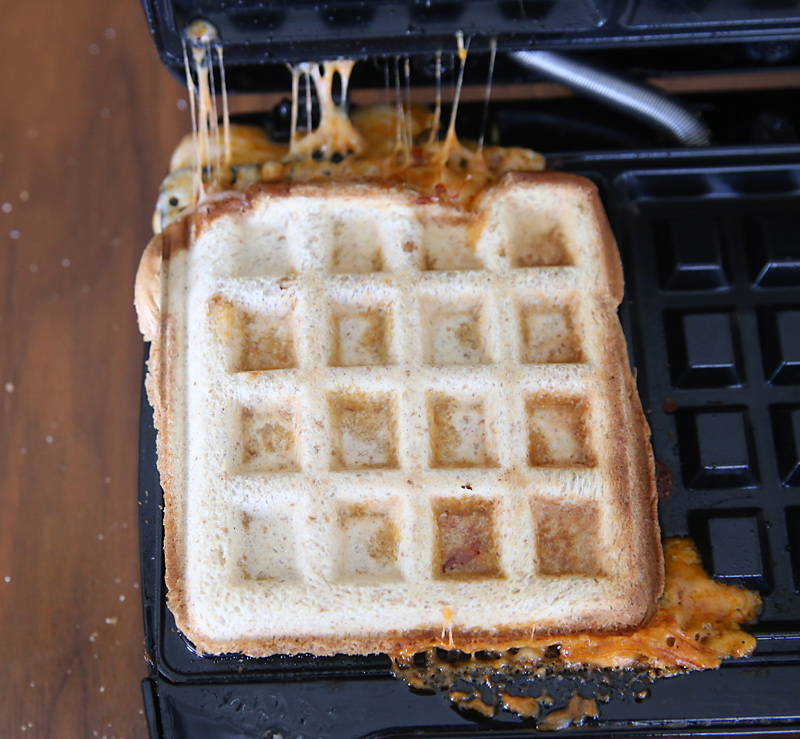 Of course, you don’t have to use pizza toppings. You could just as easy make a grilled ham and cheese wafflewich if that sounds better.

The waffle iron we use was under $15 at Walmart. It just makes two squares at a time, and making it handy for small batches of waffles or quick snacks like this one. 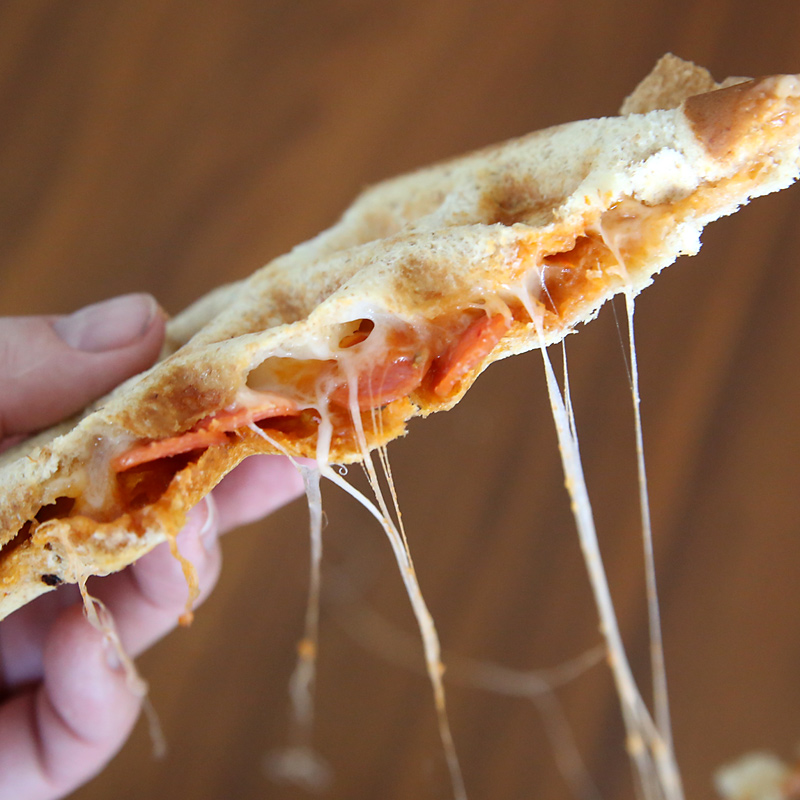 So my kids might still eat me out of house and home, but at least I won’t have to work as hard while they’re doing it 🙂 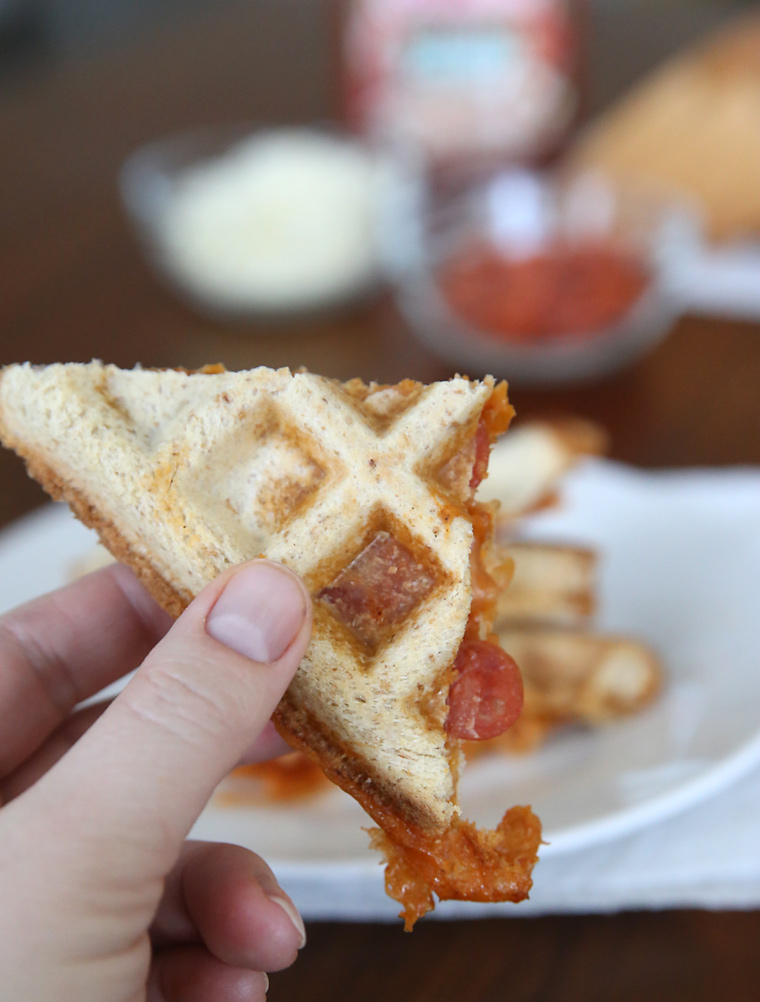