One of my favorite “party” foods is creamy spinach dip, made using the Knorr Vegetable soup mix packet. Served with vegetables, crackers, or bread cubes, I could sit and eat this stuff all night. In fact, I think I have. Unfortunately, since the main ingredients in this stuff are mayonnaise and sour cream, even the spinach can’t change the fact that it’s really really bad for you. Now, I’m not opposed to eating plenty of fat and calories on occasion; I’d just prefer them in the form of premium ice cream. So when I figured out how to make this dip nonfat and with just a fraction of the calories (25%!), I was sold. 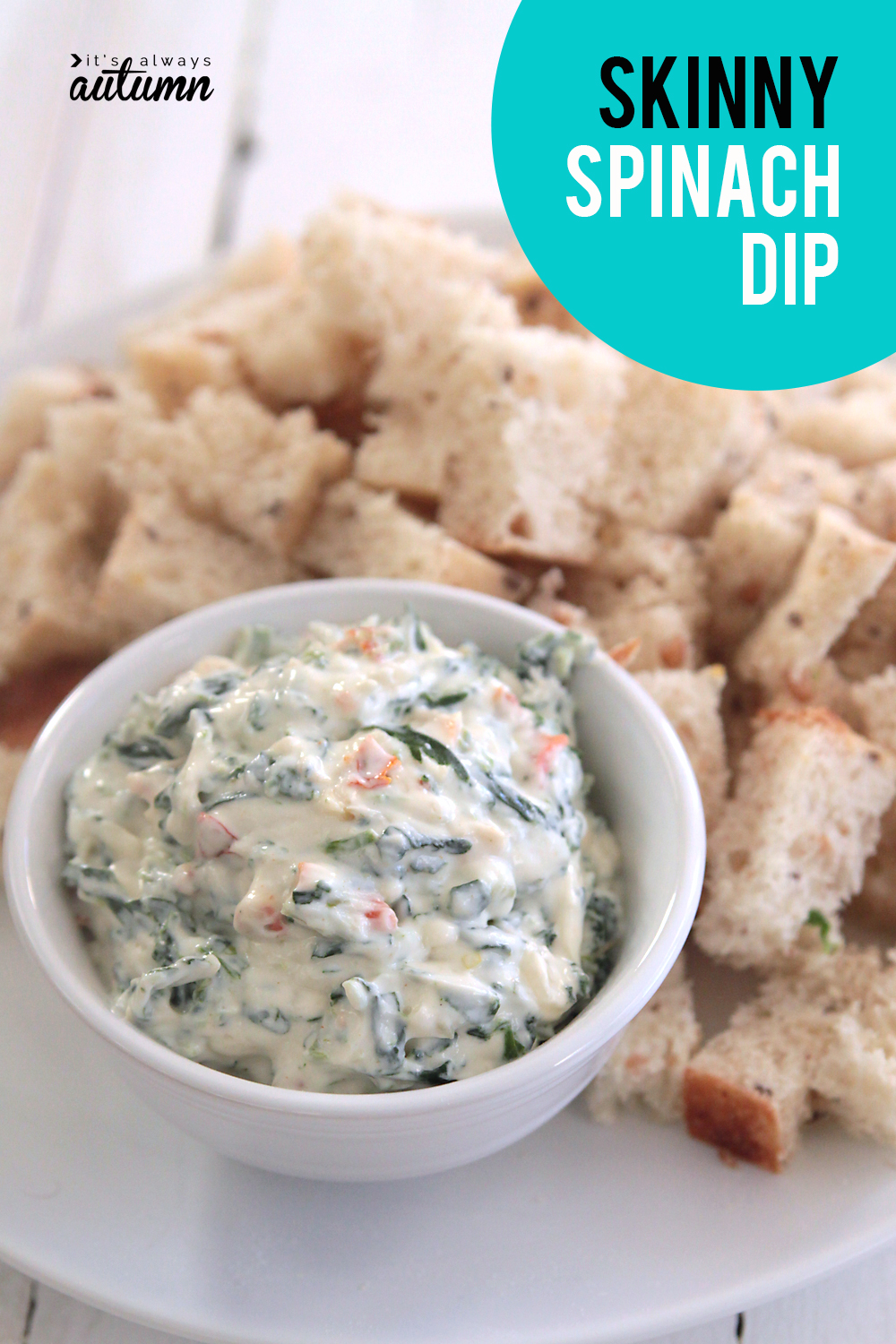 Obviously, the first step to lightening this guy up was to ditch the mayo. Luckily, most of the flavor in this dip comes straight from the seasoning packet, so switching out the mayo for something just as creamy but much healthier doesn’t change the taste much. The original recipe calls for 2 cups of sour cream and 1 cup of mayonnaise, which together provide a total of 1901 calories and 174 grams of fat. Instead, substitute 1 cup of nonfat cottage cheese (blended until smooth) and 2 cups of nonfat sour cream, for a total of just under 500 calories and negligible amounts of fat. That takes the calories per quarter cup serving from 118 to 30, and the fat from 12 grams to almost none – not to mention you get extra protein from the cottage cheese. If you eat it with veggies, that makes a really healthy snack! 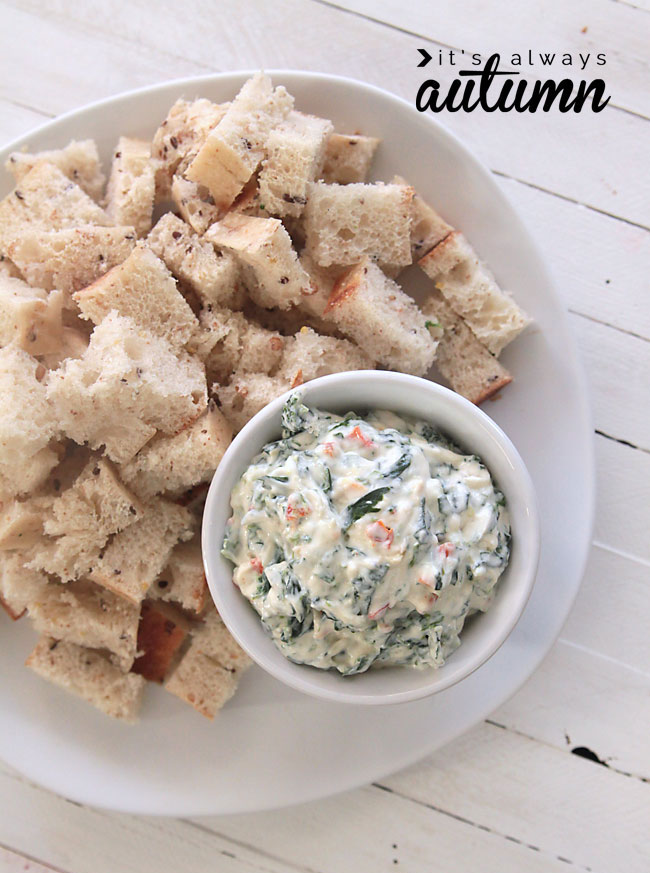 Just so you know, I hate cottage cheese. The texture absolutely grosses me out. But I recently discovered that if you blend it until it’s smooth, it makes a great substitute for mayo! Much better than greek yogurt, because there’s no sour yogurt tang to it.

So, for a {drastically} lightened up skinny spinach dip, combine 1 packet Knorr Vegetable soup seasoning packet, 1 cup of nonfat cottage cheese (blended until smooth), 2 cups of nonfat sour cream, 10 oz frozen spinach (thawed and squeezed to eliminate all water) and 3 chopped green onions. Basically, just follow the instructions on the back of the seasoning packet making the substitutions I mentioned above, and you’re set! In case you’re wondering, this is what the seasoning packet looks like: 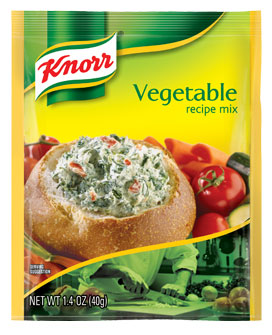 Now – I know it’s often recommended to avoid anything labeled “nonfat” because those items usually contains additives & chemicals. If you want to follow this recommendation, you can still save plenty of fat and calories using 1 cup regular sour cream and 2 cups regular cottage cheese instead of the 2 cups sour cream and 1 cup mayo listed on the back of the seasoning packet.