Oh pumpkin bread, how we love thee. I first tried pumpkin bread about 10 years ago, when a friend brought me some. I immediately called her back for the recipe, and I’ve been making it ever since. And so has the rest of the world, apparently. Every time I see a popular pumpkin bread recipe, I realize it’s the same one I’ve been making for years. It’s just the perfect comforting fall treat. But after having a crazy difficult week last week (which happened to include moving houses while fighting strep throat) I decided I needed to up the “comfort” level of our old standby. What adds comfort? Chocolate. 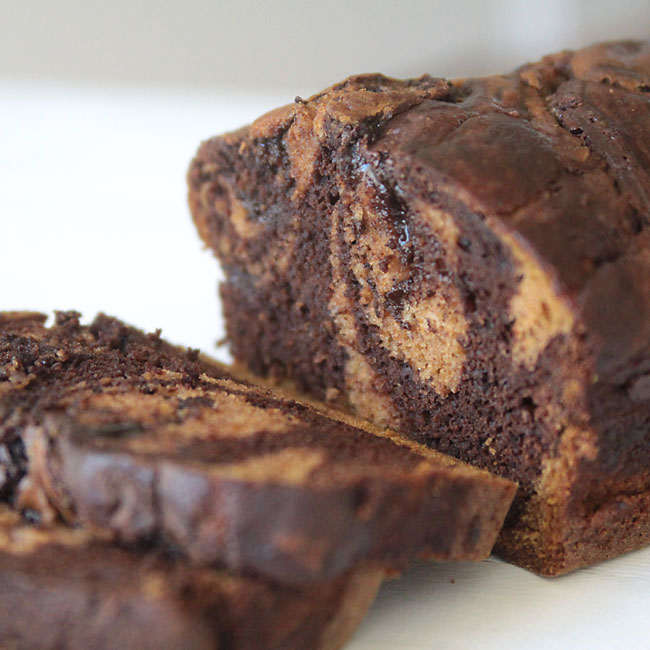 So I tampered with the pumpkin bread recipe a little, pulling out half the batter before baking and mixing in baking cocoa. It was good, but not quite good enough. So I made it again, using baking cocoa in half the batter AND throwing in a swirl of melted chocolate. 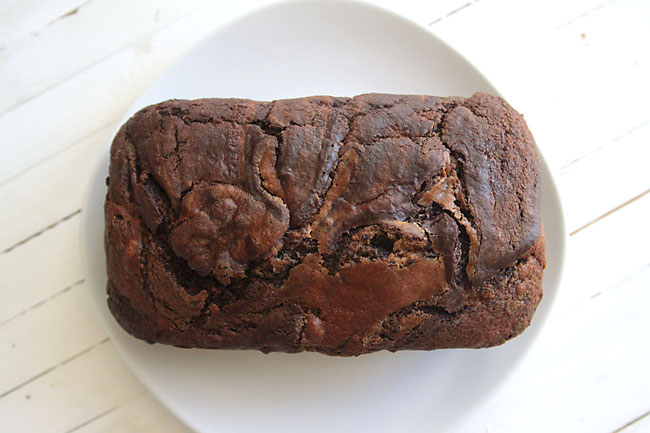 And that did the trick. Pumpkin slash chocolate bread with a river of melted chocolate. Yes. I felt better immediately. 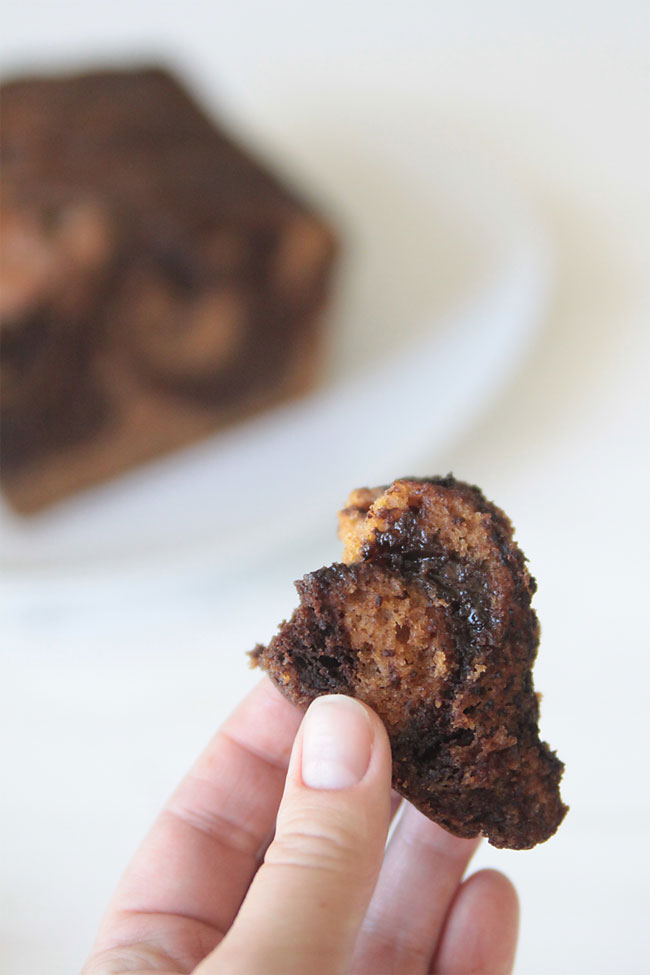 The basic recipe will likely look familiar if you’ve ever made pumpkin bread before, but I did make a few changes (other than adding chocolate). I decreased the sugar a bit because I think it tastes richer when it’s not quite as sweet. Also the original recipe calls for 1 cup of oil, which makes it a bit greasy. I always grab a snack size applesauce cup (4 oz) and pour that into a measuring cup, then add oil to make 1 cup total. This makes a perfectly moist bread that doesn’t feel greasy.

Once you’ve mixed up the basic pumpkin bread recipe (printable recipe card below), scoop about 2 cups of the batter into a separate bowl and stir in 1/2 cup of baking cocoa and 1 tablespoon on water. I like to use a whisk to make sure the cocoa gets completely incorporated. In another bowl, melt 1 cup of semi sweet chocolate chips in the microwave. Then grease and flour 2 standard size loaf pans. 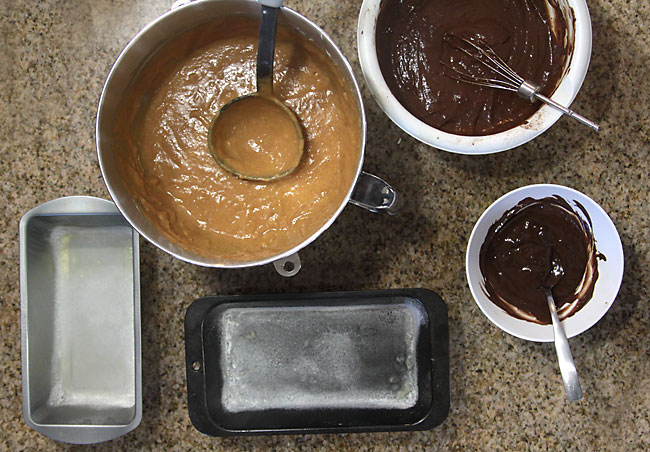 Scoop enough pumpkin batter into each loaf pan to just cover the bottom. Then divide the chocolate batter between the two pans and smooth it out. Add more pumpkin batter to each pan, reserving a little of it. Then divide the melted chocolate between the two pans and top with the rest of the pumpkin batter. Smooth everything out, then use a spoon to scoop batter up from the bottom of the pan to swirl all the layers together. I scooped (or swirled) in 8 different spots in each loaf pan. 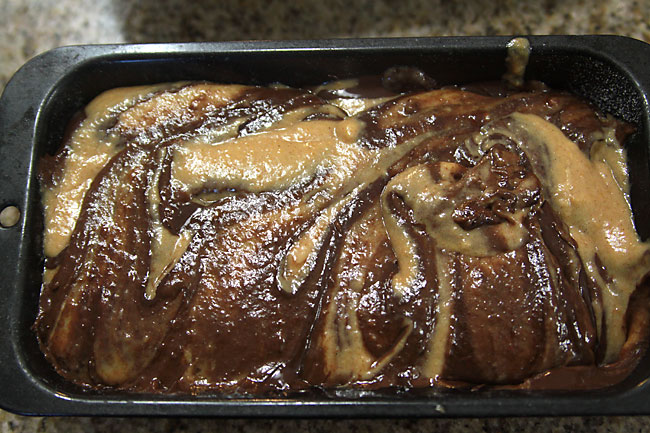 Then you can bake to loaves in a 350 degree oven for about an hour. Be sure not to take them out until you can gently press down the top of the loaf and it springs back. Pumpkin bread is really gross underbaked, so you want to make sure it looks all the way cooked, even in the cracks. 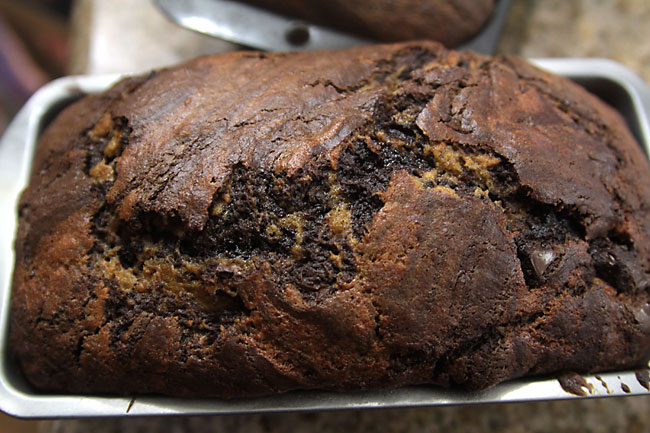 I like to let the loaves cool for at least 10 minutes in the pans before removing to a cooling rack. The bread is delicious warm while the chocolate is all melty; however, it tastes even more chocolatey once it’s completely cool! 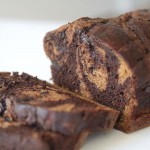 If you love pumpkin, check out this pumpkin caramel poke cake: