We’ve had our mini donut maker for a couple of years and my kids love making cute little cake mix donuts. A couple of blog readers commented on that post that they had tried pancake batter in the donut maker, and we just had to see how it turned out.

The verdict? A success! They taste just like a soft pancake, but in donut shape. 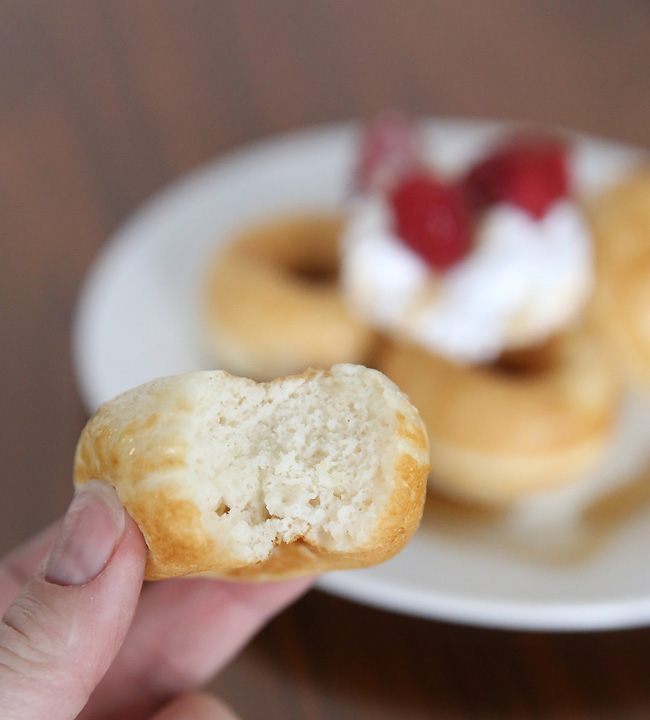 And apparently that makes them way more fun to eat. 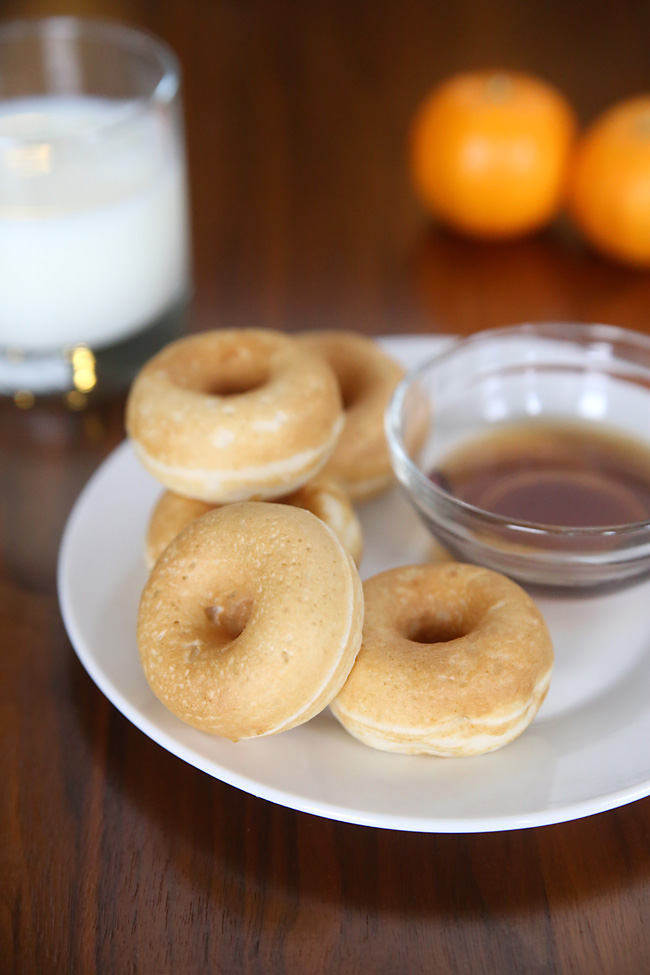 I think it’s the whole dunking in syrup part my kids really enjoy. Much more fun that using a fork, right? 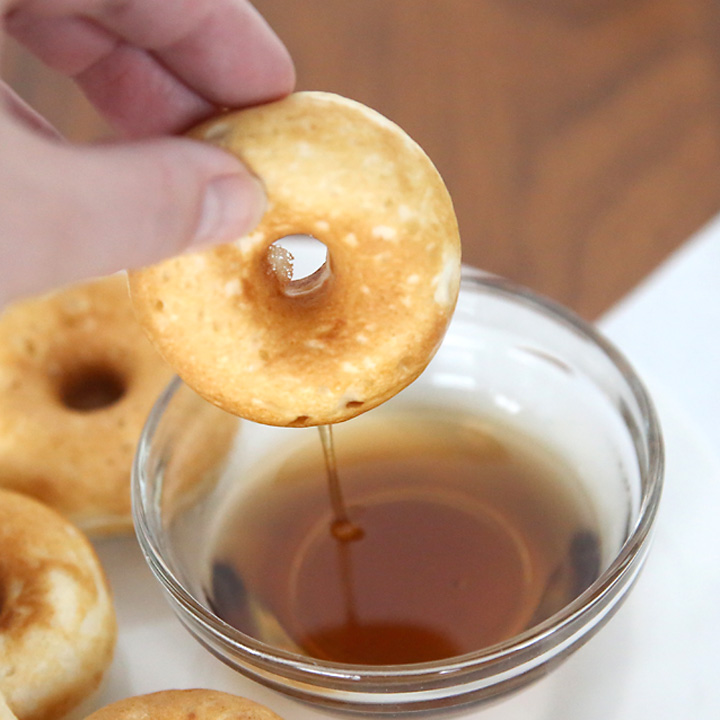 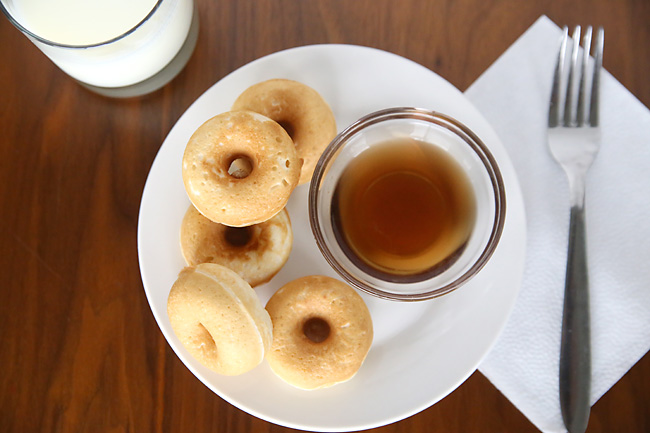 …while I prefer them covered with whipped cream, bananas, and berries. And a little syrup for good measure. Sure, not the healthiest breakfast I’ve ever eaten, but for an occasional treat it’s pretty darn fun. And pancake donuts are actually healthier than traditional donuts because they’re baked instead of fried and have less sugar, too. 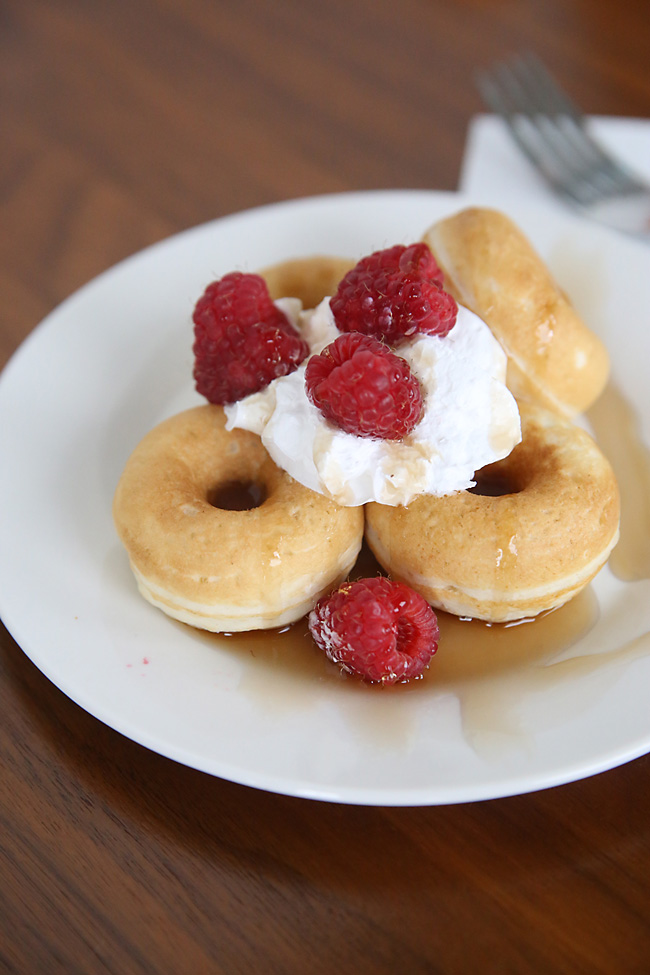 We’ve even tried them using a really healthy whole wheat pancake mix (Kodiak Cakes from Costco – we love them!) and they worked great.

Here’s a video you can watch that shows how simple these are to make:

And here are the details: 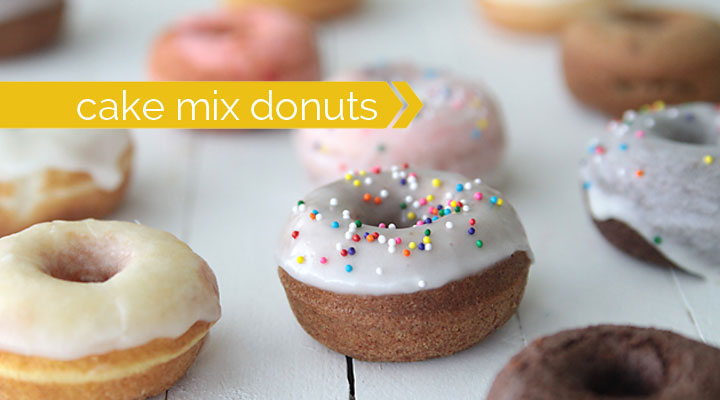