It’s not very often that I really, really like a “healthy” treat, but this one is just delicious: fresh summer fruit salsa with baked cinnamon sugar tortilla chips. Basically, you start with a pound of strawberries chopped up small, then add any other fruit you happen to have on hand until you have a beautiful blend of sweet summer fruit. The small pieces of fruit combine into a fantastic burst of flavor – you don’t even need to add sugar! Of course, the baked tortilla chips have a good sprinkle of cinnamon sugar, which just compliments and amps up the flavor of the fruit. Perfectly refreshing on a hot summer day. 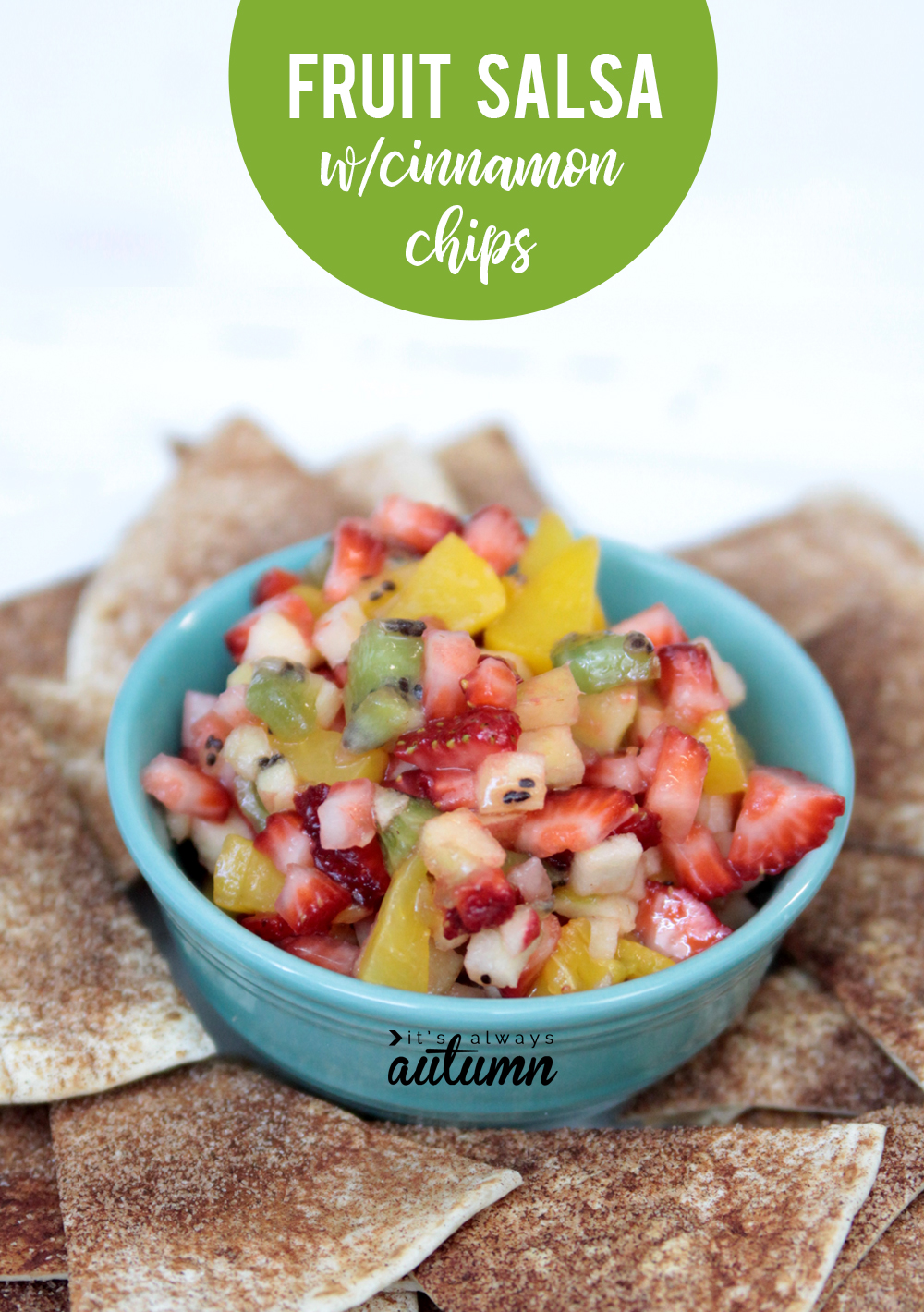 How to make fresh fruit salsa with cinnamon chips

It’s so easy to make it probably can’t even be considered a recipe. I always start with a pound of strawberries and one crunchy apple, then add whatever else I have on hand (I made it using a mango this time and it was fabulous!). The best part about the salsa is that it works with any number of fruits: nectarines, peaches, kiwi, other berries, plums, etc. I’ve even made it using a can of peaches instead of the strawberries in the dead of winter and it still tastes good. Just dice up all your fruit and stir to combine. If you’ll be eating the salsa within a few hours it’s fine to leave out on the counter – it will actually taste sweeter if it’s at room temperature. (You can refrigerate it overnight, but I don’t know how much longer than that it would last. Oh, and don’t use bananas. They’ll get mushy.) 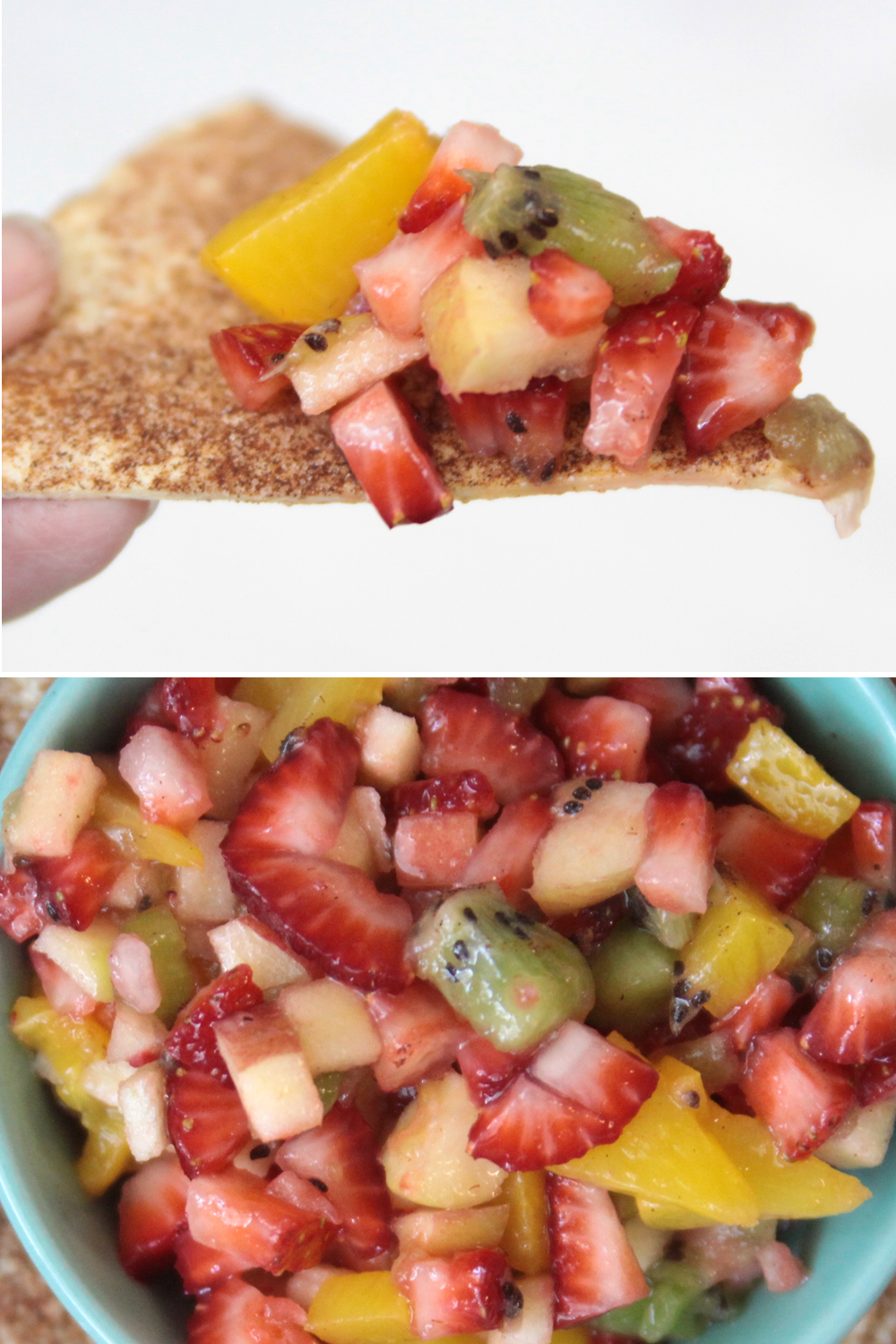 On to the chips! I originally made these by melting butter and brushing it over flour tortillas, then sprinkling on a mix of cinnamon and sugar. But then I realized it would be faster and just as tasty to give each tortilla a quick spritz of cooking spray instead of melting and brushing on butter.

So, start with flour tortillas. Any size is fine, but small ones make better sized wedges (I usually use 8 small tortillas per pound of batch of salsa). Spray each tortilla with nonstick cooking spray (make sure it’s pretty well covered), then liberally sprinkle with cinnamon sugar (I’d say about 4 parts sugar to 1 part cinnamon, but whatever you like will be great). 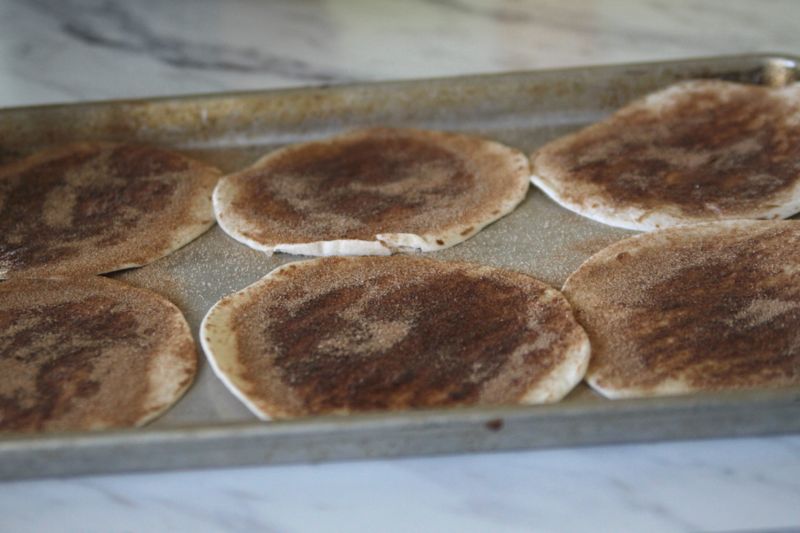 I keep cinnamon sugar mixed up in a spice jar so it’s easy to shake out onto toast or these tortillas. Once each tortilla is topped, cut into wedges using a pizza slicer and place in a 425 degree oven for 10-12 minutes. You want the edges to be just barely golden brown and start to feel crunchy. They should look like this when they come out: 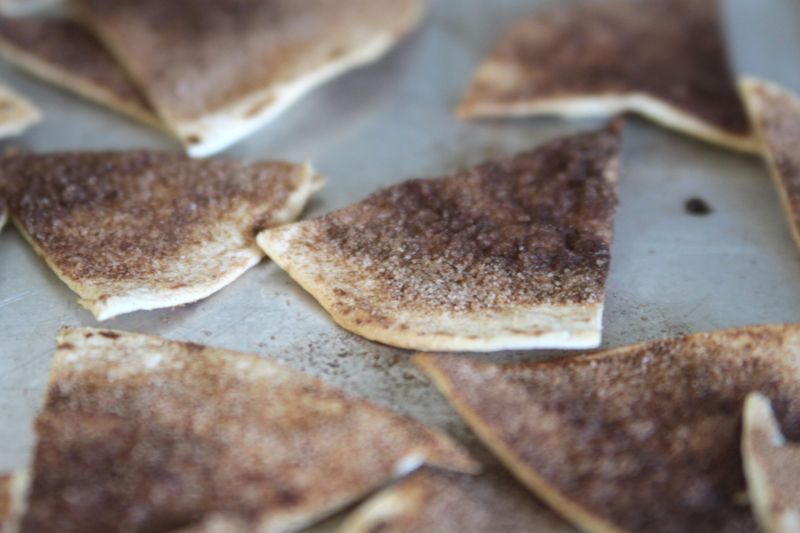 They’ll crisp up a bit as they cool. Be careful not to overcook because they’re pretty gross if they get burnt. I recommend setting your timer for 8 minutes, then sticking close to the oven to watch them for the last few minutes.

Once out of the oven, let them cool for a few minutes, then start scooping up salsa with them. 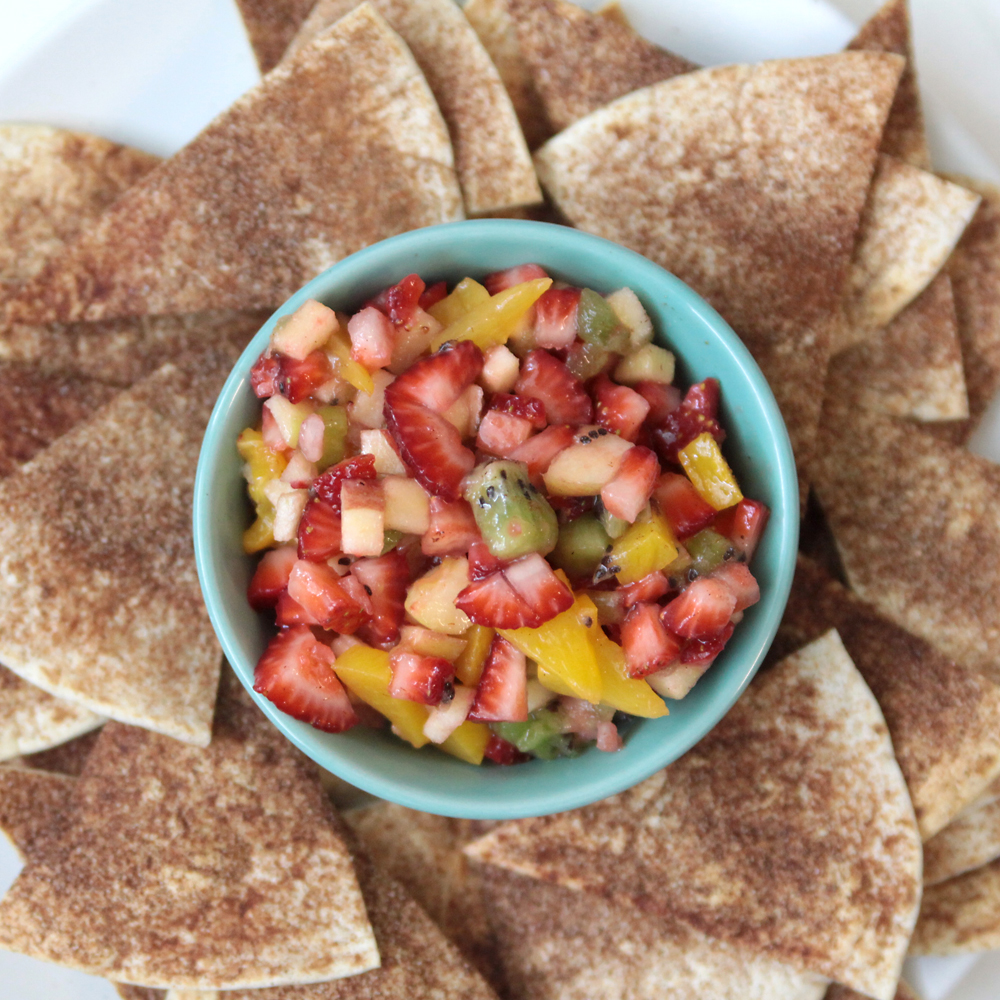