So if you’ve ever read my blog before you know I love to sew for my almost 3-yr-old daughter, but I’ve never really ventured into the world of making hair accessories for her. I think it’s about time, right? I know there are plenty of tutorials for pretty headbands and flowers clips, etc., but I wanted to try something just a little different. I wanted something understated with a sophisticated feel. I kept this headband really simple, but it has a very pretty texture. This would be a great project for a girl scout or young women’s group – it’s easy, inexpensive, cute enough for little girls and grown up enough for teens.

All you need is a headband, some wool felt, and a hot glue gun. I got my headband in a 2-pack at the dollar store, and sometimes you can even find 4-packs there, making this a cheap project for groups.

I used wool felt, which is more expensive than craft felt, but will hold up much nicer. (Joann’s carries a couple different varieties of wool felt – I used the cheaper variety – you’ll find it on a bolt, not in sheets). One eighth of a yard would probably do 3 or 4 headbands, and will only cost a dollar or two. 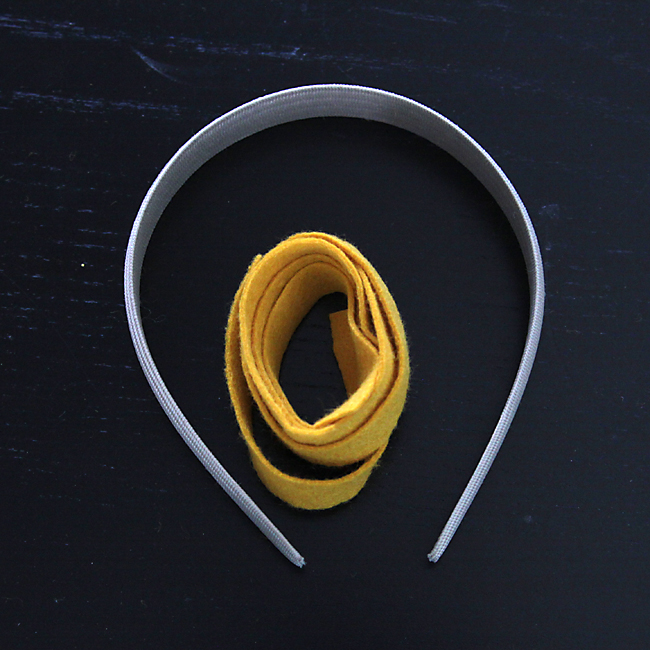 Start by cutting a strip of felt the entire length of the fabric (it will be about 24 inches long). You can use any width you’d like – mine was about 3/4 of an inch wide…although I didn’t measure. I used a rotary cutter to get a nice even edge. 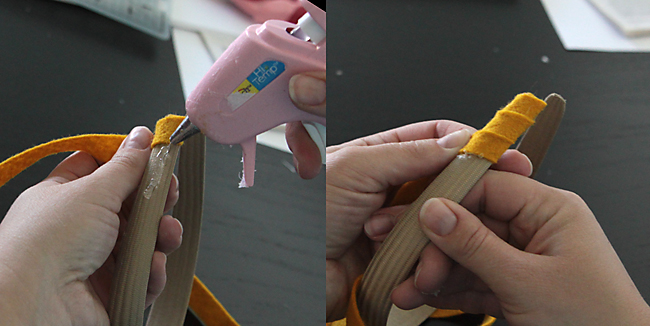 Keep gluing and wrapping. If you get to the end of your felt strip, just cut a new one and hide the “seam” inside the headband. 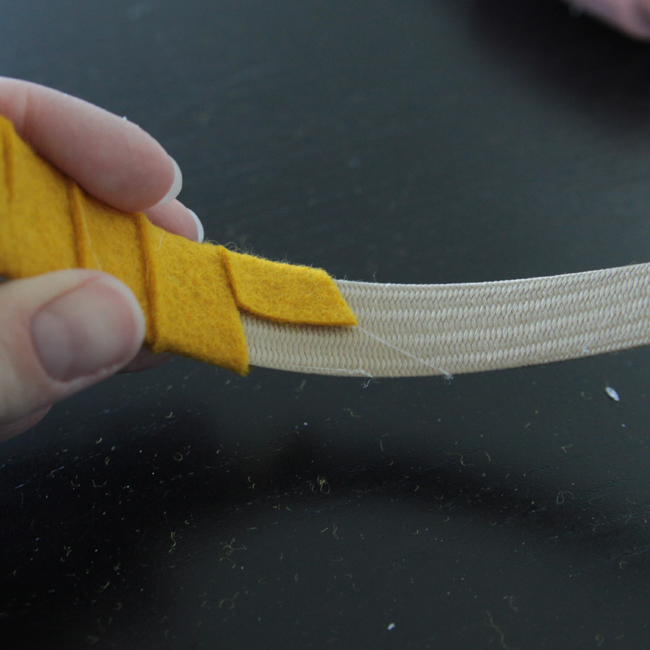 Finish off as shown: 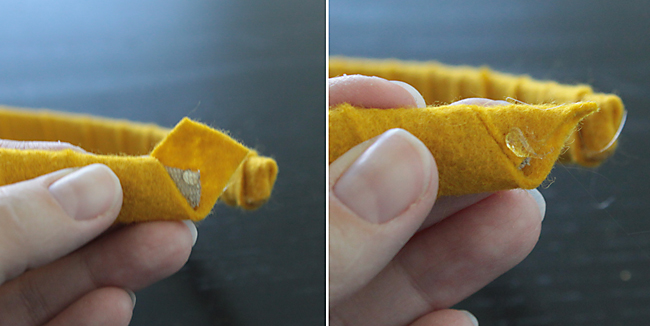 Fold the corner of felt you can see in the 2nd picture back over the headband and tuck it in. 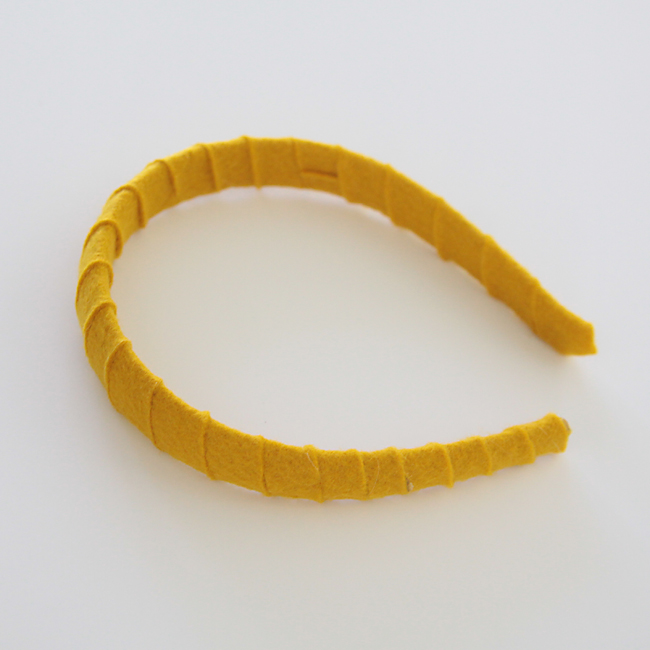 I thought it looked very pretty plain, especially for a teenager or adult, but since this one was for a little girl I added a bow.

Easy! Start to finish in about 15 minutes.