Ah, kids. They’re great, right? Except when they’re not. Like when you’re all in the car together and someone won’t stop humming and someone else won’t stop poking people and someone else needs to go to the bathroom really really bad. Or when they leave Legos out for you to step on in the middle of the night. Or when you just want one picture where everyone is looking at the camera and smiling at the same time. It’s hard enough to get two kids to both look at the camera, but I have five. Getting a great photo of everyone is less likely than getting struck by lightning, and sometimes I’d rather get struck by lightning than even try.

Which is why I nearly cried with relief when I started playing around with Photomerge in Adobe Photoshop Elements 15. You can swap heads in about 10 seconds! Seriously, it’s amazing. So wonderful that I almost broke out my favorite ice cream and shared it with all the children to celebrate. (Ya, just kidding on that one. There’s now way I’m going to share my expensive ice cream with them. It’s still hidden in the freezer behind the vegetables.)

Today I’m going to show you how to take one photo where one person looks good and other photos where the rest of the people look good and merge them together into an amazing group shot using Photoshop Elements 15. Don’t have Photoshop Elements 15? Don’t worry, you can click here to try it for free for 30 days!

Once you’ve started your trial, you’ll be able to swap heads in seconds. Like this: 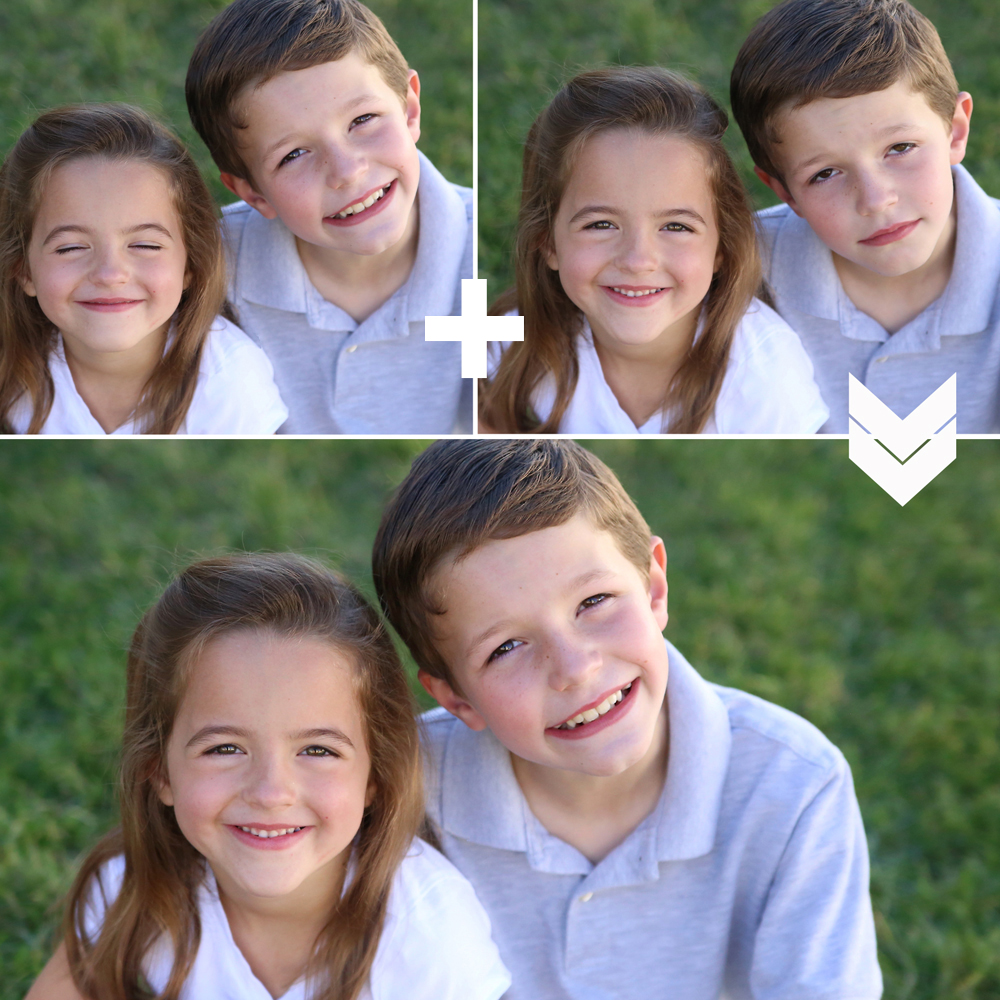 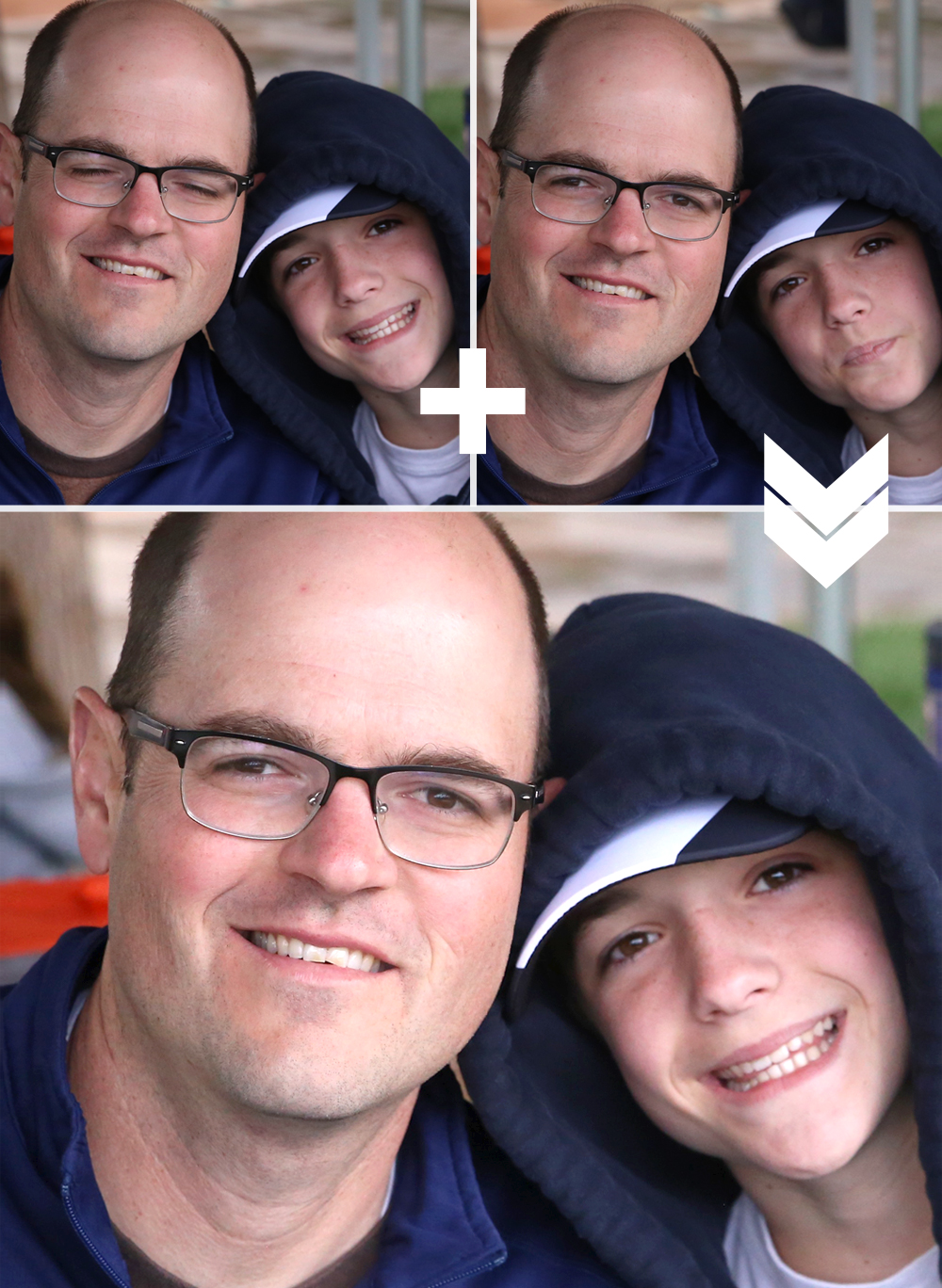 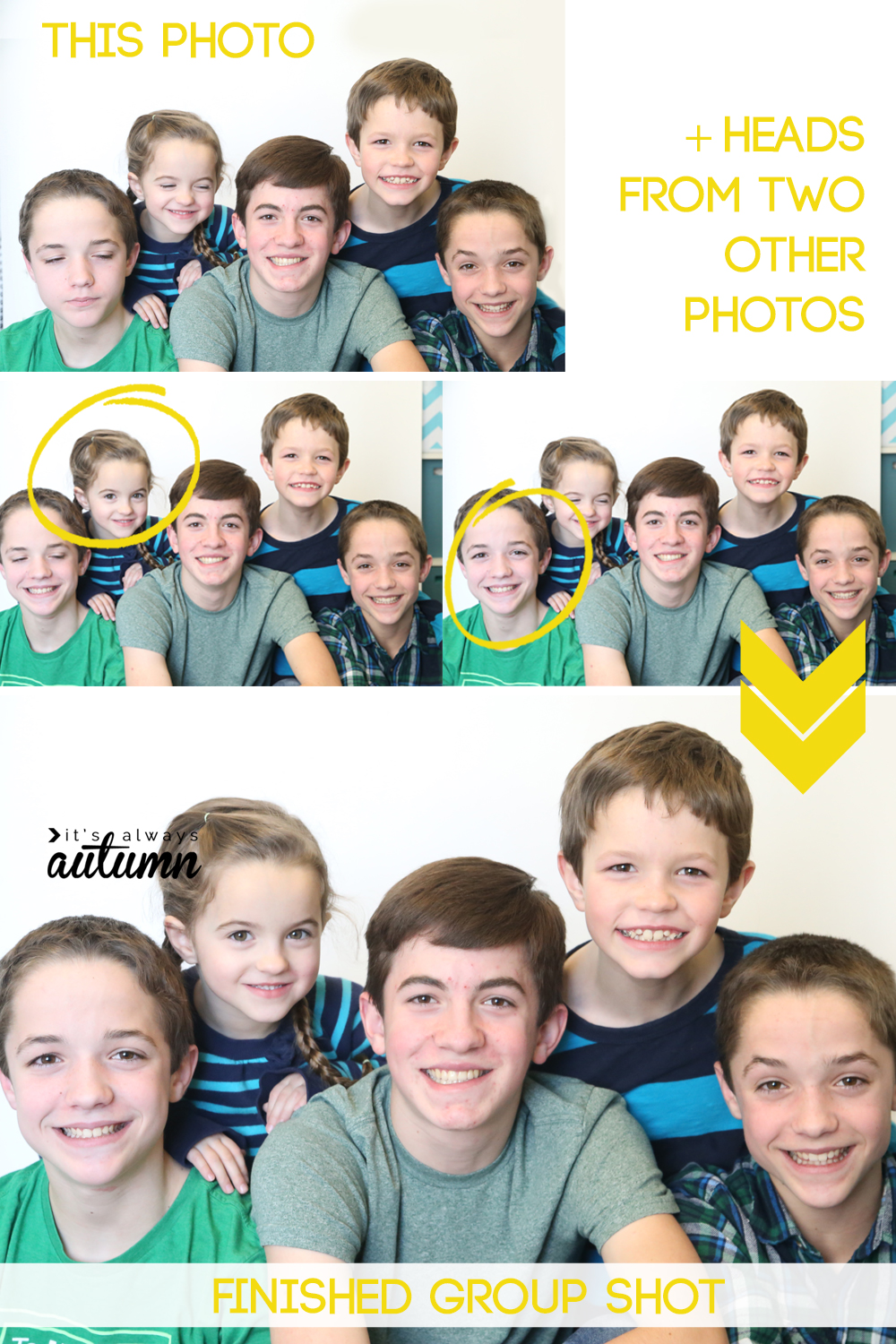 Now maybe I can stop yelling at my kids to just look at me and smile for heaven’s sake! when I’m photographing them. Not that I yell. Everrrrr.

To swap a head from one photo to another, you’ll use the Photomerge Group Shot Guided Edit.

The Guided Edits make it really easy to apply all sorts of cool effects to your photos with hardly any work (color boost, crop, convert to B&W, add a speed pan, etc.) For this head swap, all you have to do is draw a circle. Seriously. This video shows you how it works:

Now, as you saw in the video, while the head swap works pretty well most of the time, there are times when the merge isn’t perfect on the first try. Here are a few tips to help you have success:

Thank you to Adobe Photoshop Elements 15 for sponsoring this post! All opinions are my own.