This is the fifth installment of Eight Steps to Better Photos on AUTO. Most people think the only way to really improve their photos is to learn to shoot on manual mode, and it’s true that using manual gives you the most control over the finished photo. But what if you don’t have the time or energy to invest in learning about exposure and aperture and all the other details of manual? That’s where this series comes in. There are plenty of things you can do to greatly improve your photos even when shooting on auto, and every Friday for the next eight weeks I’ll share one of them with you. Step one | Step two | Step three | Step four

So far in the series, we talked about lighting (indoor+out) and backgrounds (removing distractions+finding a great background around the house). Following the steps for good light and great backgrounds will dramatically improve your photos – but they can be hard to apply to candid photo situations. You can’t tell your child to shoot hoops in the other direction because you don’t want your car in the background, or to go shoot hoops behind the house where it’s shady. Now, you can certainly apply lighting and background knowledge to some candid photo situations – you can suggest the family play a board game at the table by the window instead of in the basement, for example – but when you can’t control lighting and background your best bet for a great candid photo is to zoom in close. Zooming in puts the emphasis where you want it (on your son’s expression as he shoot the basketball) instead of on everything else (cars, houses, other kids, etc.).

Now, I’m not suggesting that every photo you take needs to be a close-up. Instead, I just want you to decide what you want to include in your photo and then zoom in close enough to eliminate everything else. Let’s look at some examples:

You see your kids out playing basketball with your husband and think, “I should get some photos of this.” So you open the front door, stand on the porch, and take a bunch of pictures that look like this: 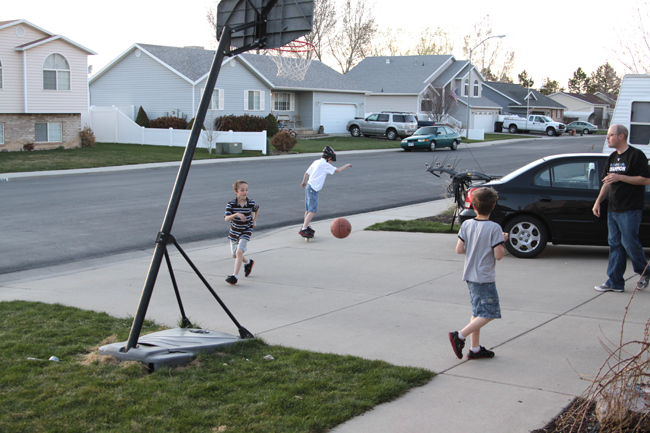 Yup, it shows that people are playing basketball, but there’s no focus whatsoever. There’s no emotion, no connections, and a whole lot of distractions. So the photo ends up on your computer in some folder and likely never gets look at again. But say you decide to zoom in a bit (I’m saying zoom in, which you can do if you have a nice long zoom lens, but likely you’ll actually have to move yourself closer to the action). You decide to focus a photo on one of the kids actually taking a shot. First, you get closer. Next, you turn your camera on it’s side to take an up-and-down (portrait orientation) photo: 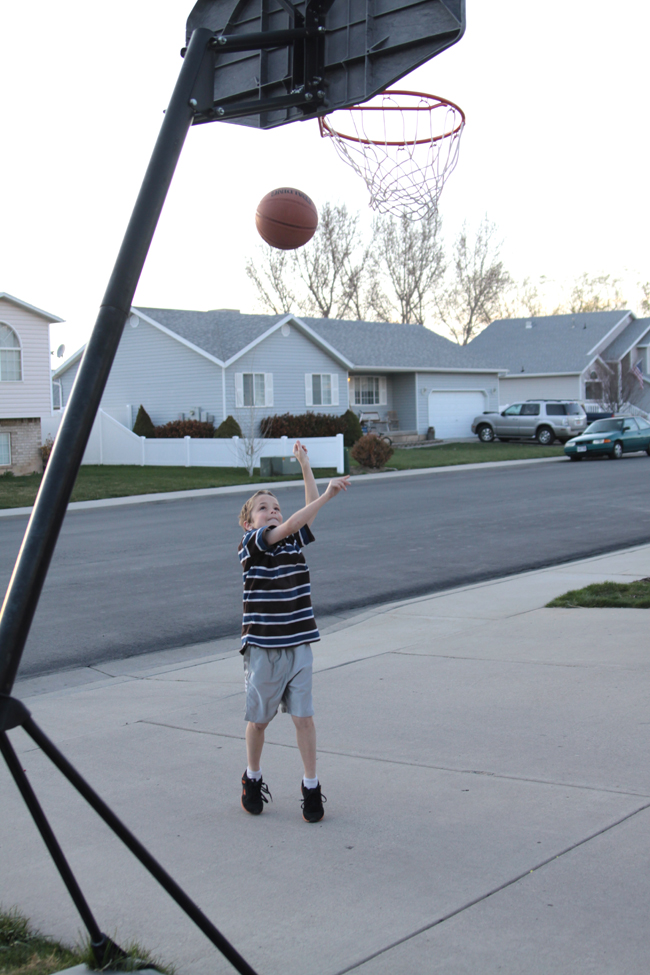 An up-and-down photo does a much better job of focusing in on the boy, the basketball, and the hoop. There are still some distractions visible behind him, but it’s a much better photo already. So then you decide to zoom in even more: 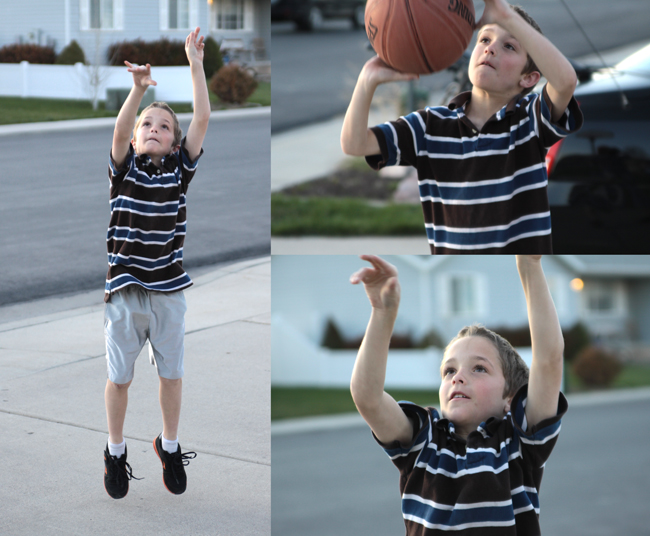 These three photos (above) really focus on the boy. You can see how hard he’s concentrating, and because of that there’s an emotional response to the photos. The distractions are still there in the background, but since you’re zoomed in so close they’re pretty minimal. My favorite is the photo on the top right – that’s a candid shot I’d print out and put in a frame or at least a photo album.

Here’s another outdoor example. Which of the two photos below would you be more likely to put up on your wall? 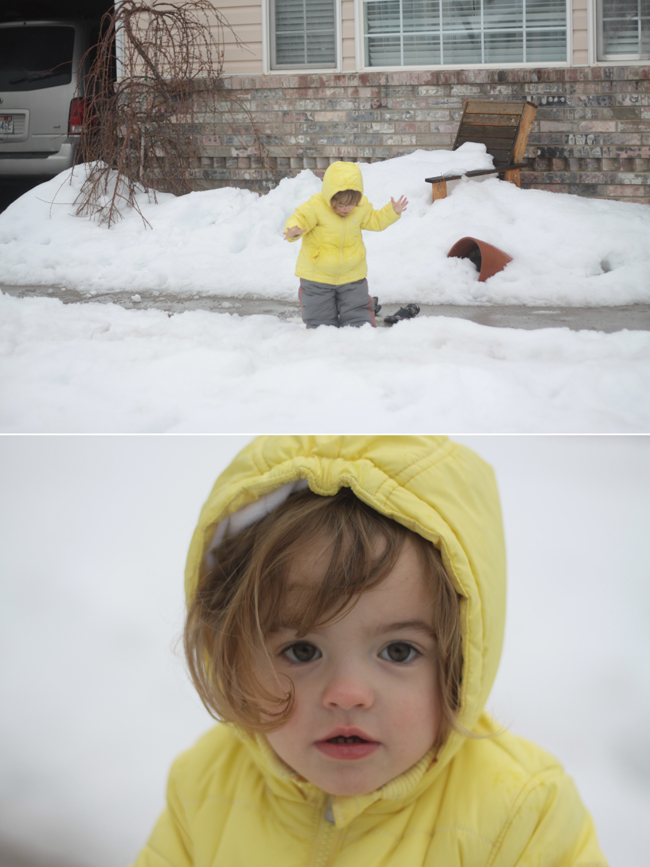 No contest, right? The bottom one is better in just about every way. When you print out the top photo at 4×6 inches the girl will be tiny! There’s no reason not to get closer. The best part about the top photo is that it shows how adorably fat and cuddly the girl looks in her snow outfit, which you can’t see in the close-up. But you could zoom in quite a bit and still get the girl’s whole body in the photo.

It was just Easter last week – what do your photos of the Easter egg hunt look like? The one on the left or the one on the right (below)? 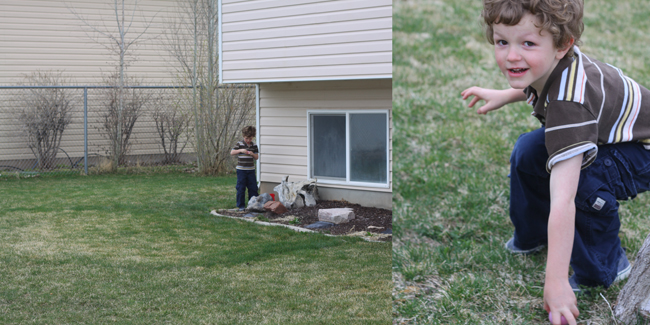 One of the hardest things about getting good candid shots of little kids is that they move so much! It means you, as the photographer, have to move too. I run around like a crazy lady taking pictures while my kids hunt for eggs. (I also occasionally beg them to stay in the same place, or to put that egg back down and pick it up again so I can get a photo. It doesn’t usually work.) But it’s worth it when you can get a photo that’s zoomed in enough to see their expressions when they find an egg or crack it open. 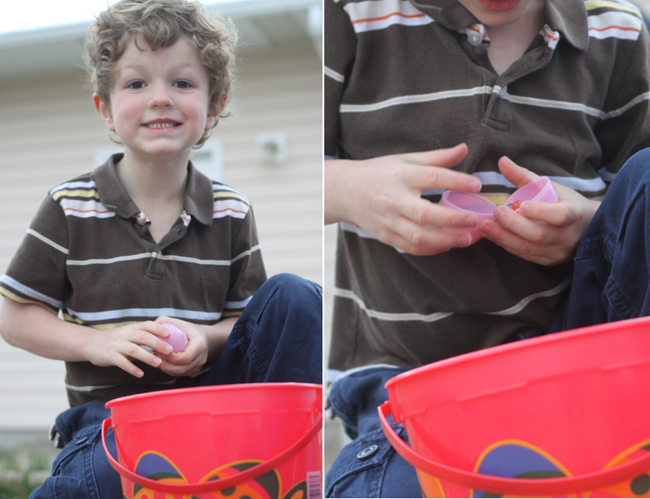 Here’s an indoor example. Again, which photo would you print out and look at more than once? 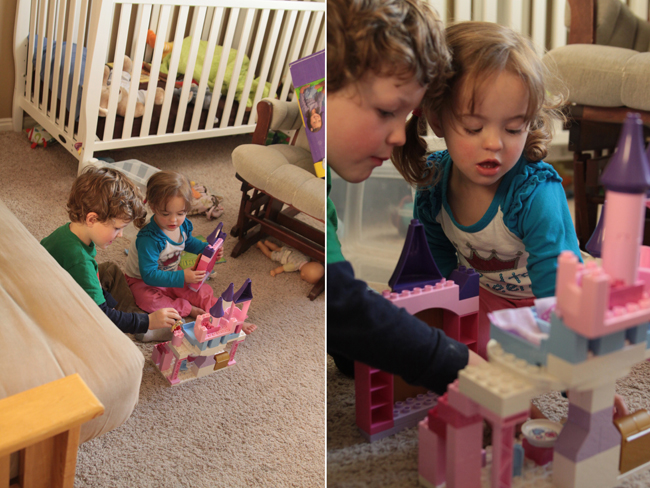 Getting close eliminates the background distractions and shows the emotional connection. Sometimes it’s fun to zoom in very close on small details, like your child’s little hand holding a toy: 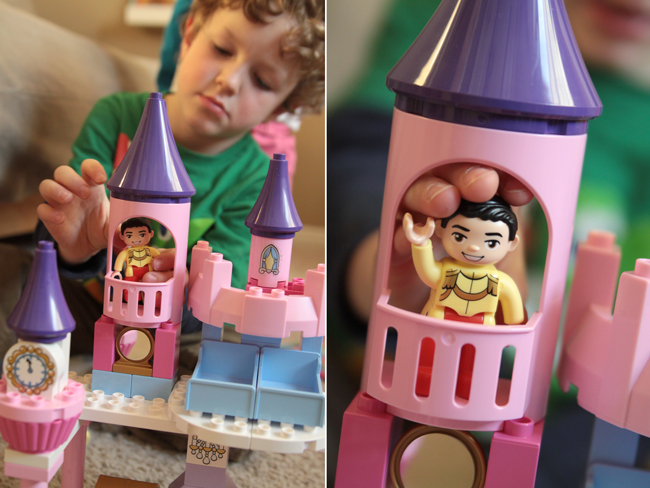 {And I have nothing super informative to say about this next photo, I just had to include it anyway.} 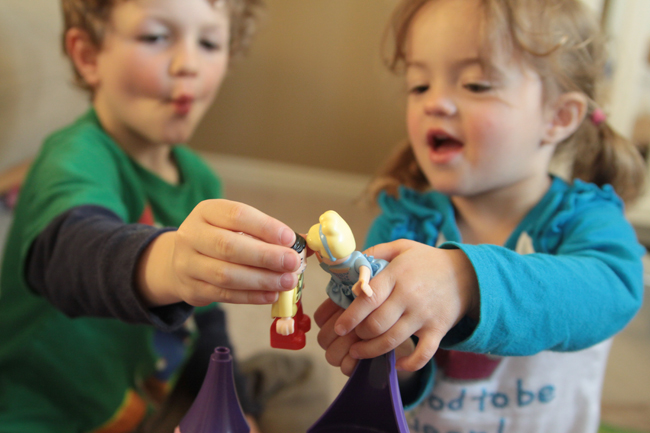 So next time you pull out your camera, remember to decide what you want the photo to focus on, and then zoom in enough to eliminate everything else. Go take some great candid photos!

Keep up with the rest of the series below (click each photo to go to the post):

« eight steps to better photos on AUTO {step 4: find a better background}
how to take in a pencil skirt »